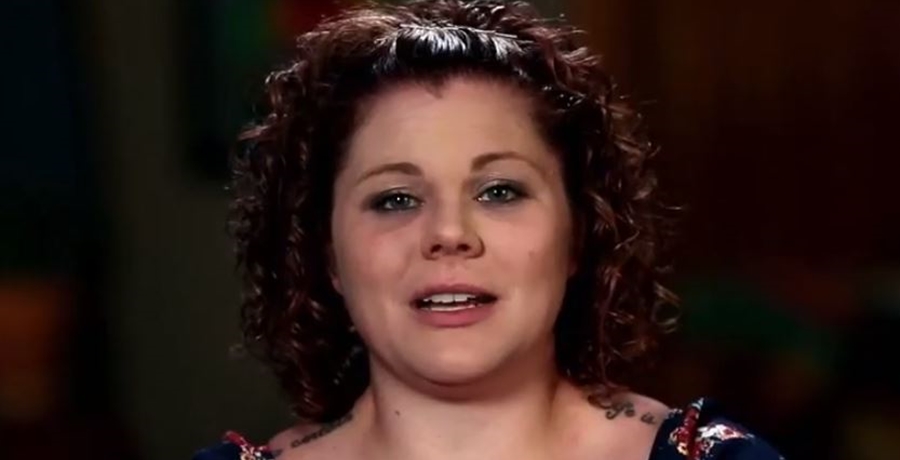 Love After Lockup spoilers come thick and fast now that the show’s just a week away from premiering a new season on WEtv. Courtney seems particularly interesting as she lost her job in the Corrections Department. In a twist, she met her guy, who served time behind bars. Ending up behind bars herself, what did she do that was so bad? Did she try and bust him out?

Love After Lockup spoilers bring Courtney and Josh. Both of them served time.

The new season of the WEtv show brings Courtney and Josh. In the trailer, she explained that she became employed as a corrections officer. When Josh served time in prison, she clicked with him and fell in love. Well, that created a whole bucket of problems for her as she held the rank of lieutenant. Fans heard that someone upstairs didn’t like that so she was fired. We reported that she also ended up behind bars for it and even married Josh while a prisoner herself.

Naturally, WEtv fans want to know what else she did. After all, people don’t usually go to jail for falling in love.

Starcasm dug around and looked into the Love After Lockup spoilers about Courtney and Josh. In their article, the outlet revealed an interesting bit of information. Apparently, “Courtney and Josh got married prior to her arrest.” So, that might mean she married secretly and kept it from her superiors.

Hopefully, the show goes into that a bit more. Asa Hawks, a real investigative journalist dug up some amazing facts about the couple. For instance, the couple married by “double proxy.” That means neither of them attended their own wedding. According to The New York Times,  it’s “a process allowed in Montana for residents and active members of the military.”

Why jail time for Courtney?

Courtney really blotted her copybook. According to the article by Starcasm, the Love After Lockup spoilers revealed that she also served as a member of the Air Force. Court reports reveal that she falsified documents in order to spend time visiting with Josh in jail. That seems like a serious crime in the Corrections Department. So, she faced felony charges. However, she pleaded guilty under a lesser charge which dropped it down to a felony 4 count. Thereafter she served 60 days in jail plus 2 years of probation.

The Love After Lockup spoilers for the new season sound really interesting for once. Certainly, Courtney and Josh look to become fan-favorites on the show.

What are your thoughts on Courtney serving time for altering a few visitor records? Sound off in the comments below.

Remember to check back with us often or more rumors, updates, and Love After Lockup spoilers.  The new season premieres on Friday, June 18 at 9/8c on WE tv.