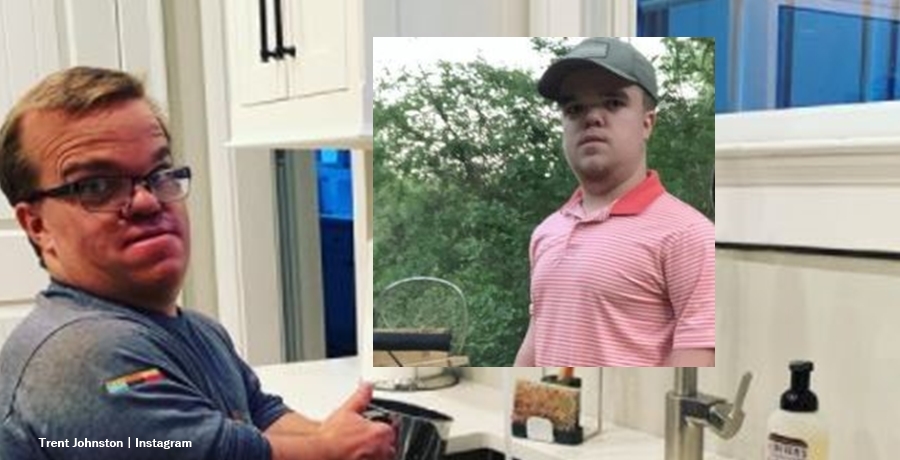 Trent & Jonah Johnston from 7 Little Johnstons on TLC very often look like they clash. However, it’s not a permanent thing judging by a recent photo that arrived on Instagram. These days, the eldest son, now in his 20s holds down a job and he looks nothing like the little kid fans saw so often on their screen. This week, they bonded on the golf course.

At the end of the last season on TLC, fans saw that Amber and her husband gave their son a serious talking-to. They didn’t like that he tried getting out of chores after his girlfriend visited. Plus, he seemed unable to appreciate the value of taking care of money. Clearly, he couldn’t sit around for the rest of his life playing games. So, they gave him three months to move out of the house. If you don’t know, Jonah and Liz are the only two biological children. Meanwhile, Anna, Emma, and Alex were adopted. This season, Anna and Liz also want to move out of the house.

The Scary Reason Why Trent & Amber Johnston Chose To Adopt

Trent & Jonah Johnston probably clashed from time to time as the patriarch of  7 Litte Johnstons wants his kids fully independent. Speaking with Alec Lace on First Class Fatherhood, he said that little people haven’t yet had their “civil rights movement,” It’s hard out there in a big world and not everyone is accepting of those with dwarfism. He might not be around forever to help the kids, so he’s strict with them as they need to become self-sufficient quickly. Probably, TLC star Jonah appreciates that independence in years to come.

Trent & Jonah Johnston went head to head with Amber in the show. Hollywood Life reminds fans that Trent and Amber “want him to stop being on cruise control when it comes to his life.” Well, perhaps he moved on now and realizes that when you live without your mom and dad around all the time, cruise control isn’t such a good idea. This week, he and his dad bound on the golf course and it looks like they really enjoyed themselves.

Trent & Jonah Johnston from 7 Little Johnstons featured in a photo shared by Trent. He said that they played at “Morgan Dairy Golf. Milner, GA.” Some fans wondered who won and he admitted his son beat him. Actually, in the comments, he said that Jonah “hits farther than his ole man now.” Clearly, a re-match is in order as Trent said he only just lost.

What do you think about the two men in the family getting out and bonding on the golf course? Are you happy that they get along fine in real life? Sound off in the comments below.

Remember to check back with us often for more news about Trent & Jonah Johnston from TLC’s 7 Little Johnstons.