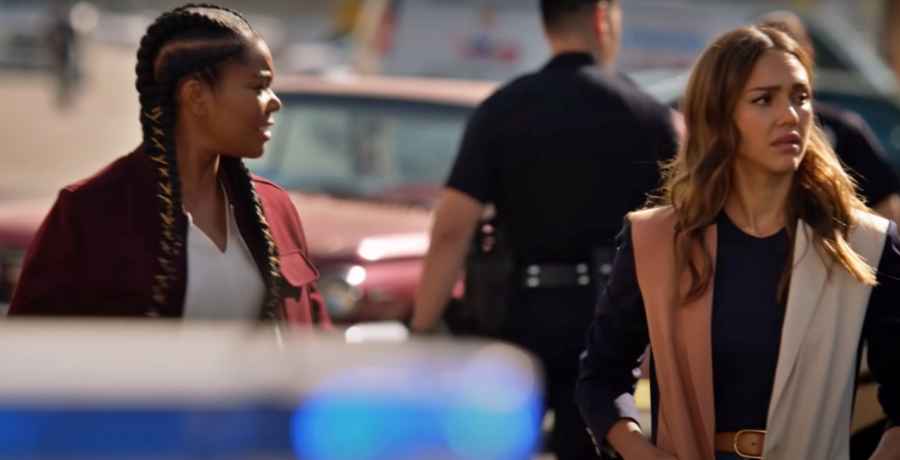 If you enjoyed binging LA’s Finest on Netflix, you’re probably wondering if the show will get renewed for Season 3. However, unless a miracle happens, the popular cop show, starring Gabrielle Union and Jessica Alba, won’t be coming back. Read on to find out what we know so far.

For anyone that hasn’t watched the show, LA’s Finest is a spinoff in the Sony Bad Boys universe. The series follows Syd (Gabrielle Union) and Nancy (Jessica Alba) as two police officers. In the storyline, they go up against the drug crime of Los Angeles.

So far, not everyone has been able to watch Season 1 and Season 2 of LA’s Finest, as it has only aired on Netflix Canada and Netflix US so far. However, reportedly, Netflix UK and several others will probably get the series in July.

Both seasons of LA’s Finest were originally on Spectrum. Since then, things have changed, as that platform has mostly moved away from original programming. However, Season 1 dropped on Netflix US in January 2021, with Season 2 added in June 2021.

Admittedly, Season 2 did have a very scattered release. There were delays due to the ongoing events of 2020 involving police violence in the US. Since then, due to the show’s main topic and the fact that Spectrum Originals isn’t going ahead, LA’s Finest was officially canceled in October 2020.

Could Netflix revive the show?

When it comes to TV shows and Netflix, anything is possible, but in this case, it is highly unlikely that LA’s Finest will return.

Over the last couple of years, rumors have swirled that Netflix could revive several Sony Television Pictures shows. Among the rumored revivals was Hannibal,  which was later dropped and Community. The main reason Netflix snags shows like LA’s Finest is that Sony is one of the few distributors who do still license shows.

However, with a cast as huge as LA’s Finest, reviving a series takes a huge amount of capital. Meanwhile, Gabrielle Union is currently working on several projects, including Cheaper by the Dozen Disney+. As for Jessica Alba, she is currently busy with Trigger Warning for Netflix. Trying to get those two back together would be almost impossible.

As reported by What’s on Netflix, Season 1 of the show did particularly well on the top 10 list of the streaming channel’s shows. Regrettably, this doesn’t matter, as it is highly unlikely that LA’s Finest will see Season 3. It doesn’t matter that fans loved the action between their two favorite ladies, folks. Unfortunately, fans just need to face the fact that the show is officially canceled.

For those who haven’t watched the show, Season 1 and Season 2 are still available for viewing. Both seasons are definitely worth an extended binge this weekend on Netflix US and Canada. You just have to realize that what you see is all that you are going to get. Meanwhile, you can catch the trailer for Season 2 below.