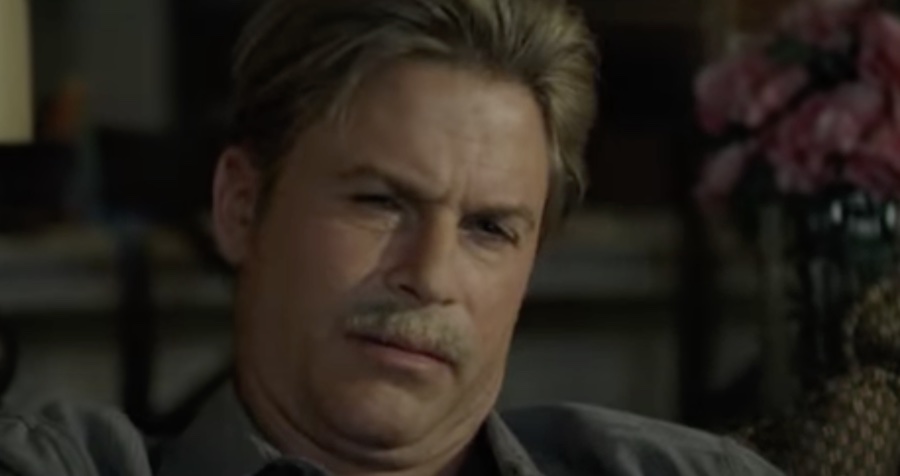 Immediately after, they are premiering a new Cellmate Secrets as part of a Drew Peterson double deep dive.

Here is a preview of what you can expect.

What Is Lifetime’s Drew Peterson: Untouchable About?

Are you ready to catch the latest enhanced version of Drew Peterson: Untouchable? According to the Lifetime synopsis, charming Chicago-area officer Drew Peterson (Lowe) seemed virtually “untouchable.” The happy-go-lucky cop seems to have been a bit of a lady’s man.

Considered a bit of a womanizer, he had been married three times. Although he was still on his third wife, could he still have a bonus romance? Peterson seemed to think so, as he found his new target, Stacy Cales (Cuoco). Although Stacy was hardly his age, he seemed to attract her instantly.

Subsequently, Peterson makes Stacy his fourth wife. Soon, the couple has their first child. However, his jealousy and controlling ways begin to strain their marriage.

Suddenly Stacy disappears, leaving her two children and Peterson’s older children behind. Peterson insists that Stacy left him for another man. However, in the wake of her disappearance, new questions are raised about Kathleen’s death.

Furthermore, her case is reopened, drawing national media attention to Peterson and the strange cases of Kathleen and Stacy.

Meanwhile, Peterson seems to bask in the media attention. He continues to profess his innocence. Moreover, Peterson has wife number five in the wings. He has now announced his engagement to yet another younger woman.

But when authorities take a closer look at the circumstances surrounding both cases, a different kind of spotlight is placed on him as more questions arise. Are Kathleen’s death and Stacy’s still-unknown whereabouts just a tragic coincidence? Or is there more there than meets the eye?

Be Sure To Watch LIfetime’s Cellmate Secrets: Drew Peterson

Lifetime interviews the two women. Drew Peterson seduced and controlled each woman. Both share their tumultuous, overlapping relationships with the charming killer.

Moreover, these relationships before and after he went to prison- for the first time, Drew’s ex-fiancee reveals a shocking revelation regarding his fourth wife Stacy’s disappearance.

In all-new interviews, viewers will get a behind-the-scenes look at Drew Peterson’s relationship with his ex-fiancé Christina Raines and her father Ernie Raines.
Drew even proposed to Christina while his fourth wife Stacy was still missing. Even though Drew was the prime suspect in Stacy’s disappearance, Christina still moved into the home that Drew shared with Stacy.
Christina’s father Ernie did everything he could to separate Christina from Drew. However, the couple stayed together for almost three years and broke up after he went to prison.
The special also includes new interviews with Drew’s girlfriend while in prison, Nicole Speakman. Nicole met Drew when he was in the media for Stacy’s disappearance. However, their relationship status became more serious once he went to jail for murder.
Nicole and Drew were pen pals and she would travel to visit him. But, she started to notice that he became very dominant. The two broke up after she began to suspect that he murdered Stacy. 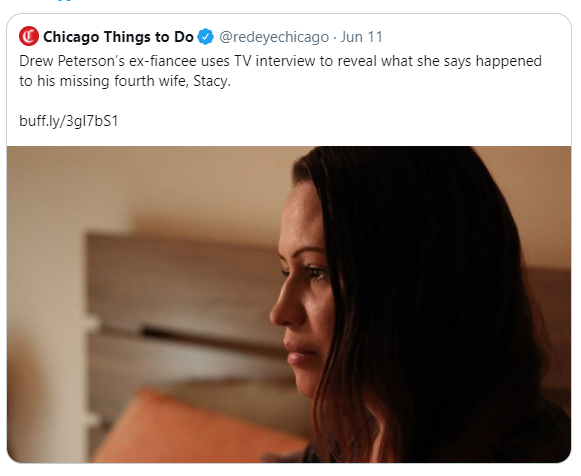 When Can You Watch The Drew Peterson Double Feature?