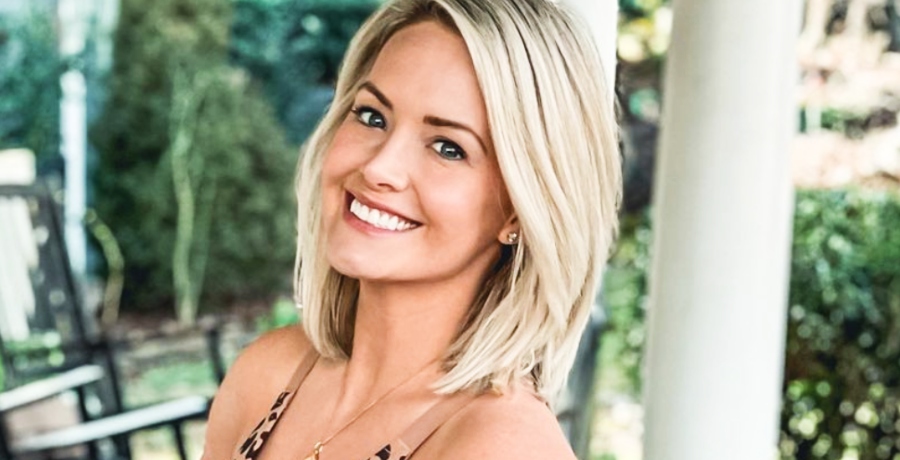 Jenna Cooper didn’t have the easiest time as part of Bachelor Nation. After being eliminated by Arie Luyendyk, she thought she’d find love when she went to Bachelor in Paradise. She did for a while with Jordan Kimball, but shortly after rumors of cheating destroyed her. The pressure turned out to be too much for their relationship to continue.

As many people in the reality game discover, the media can make or break you. Almost immediately after BIP, Jenna became the target of some, “disturbed fans.” Reality Steve and a pair of fans spread rumors Jenna had cheated on Kimball with a sugar daddy. This reportedly ruined her reputation until Reality Steve retracted the hurtful rumors. The damage was done, but Jenna was able to move forward. She fell for Karl Hudson away from the cameras and had her first child. Things are now looking up for Cooper and the best is yet to come.

Jenna Cooper Said It Was The Easiest Decision Ever

Jenna Cooper went with her boyfriend and daughter to Turks and Caicos. The former reality star thought she was being swept away for a birthday vacation. The trip turned out to be an engagement according to Screen Rant. The pictures show a gorgeous scene as Karl went down on one knee on the beach. The ocean frames the three of them perfectly and Presley looks adorable.

Jenna shared, “I said YES. Easiest decision ever, and Presley agrees. Karl is everything I ever wanted in a man and more.” She shared it was the best birthday ever and she can’t wait to marry Karl. The two shared their joy when their daughter was born. According to Life and Style, Cooper posted, “we can’t even describe the overwhelming love and happiness we feel meeting our little sunshine!”

Fans Are Happy For The Couple

Jenna Cooper is ready to move on to her own paradise with Karl and her daughter. Jenna’s happy ending thrills fans. One fan said, “I’m so happy for you guys. I’ve watched your journey and it’s beautiful!” Another said, “so happy for you! I was really hoping it would happen on this trip!” Several that followed her journey from the beginning really wanted to wish her well.