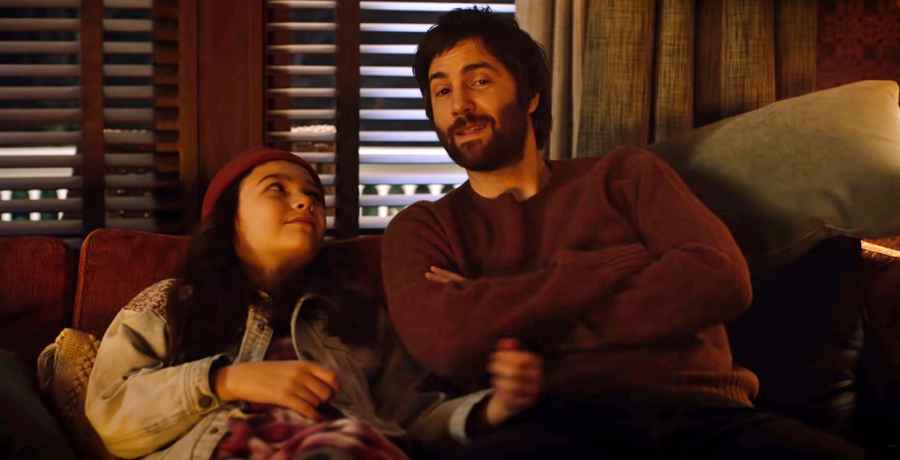 Apple TV+ and Home Before Dark

Season 1 of the Apple TV+ series Home Before Dark introduced viewers to Brooklynn Prince. She plays the role of a nine-year-old girl named Hilde Kisko. Meanwhile, Hilde is investigating a murder case in a small fictional town in Washington called Erie Harbor.

The series was inspired by the real-life story of Hilde Lysiak. Hilde was a young investigative reporter who publishes a local newspaper, Orange Street News. The series follows Hilde’s journey while trying to solve a murder case in a small, lakeside town. Along the way, her pursuit of the truth allows her to uncover a cold murder case. However, that case is something everyone in town, including her father Matthew Lisko (Jim Sturgess), has tried their best to bury.

Home Before Dark does an amazing job of maintaining the truly supportive environment that Hilde experienced during her true life. Meanwhile, the relationship between Brooklynn and Jim was enjoyable to watch. Both actors brought the series to the fore with their excellent acting skills.

As fans wait for Season 2 to air, MEAWW spoke to Prince and Sturgess to catch up on the latest news. Both actors revealed various aspects of the show, explaining how the stakes are much higher this time around.

The acting career of Brooklynn Prince

Brooklynn received fame from an award-winning performance in the film The Florida Project. Since that time, she has become one of the brightest talents in the TV and movie industry. Prince has reinforced that fact with her performance in Home Before Dark. However, it turns out playing a real-life person isn’t that easy and took a lot of research.

Brooklynn said that when she read the script, she really liked it. However, when she looked at the girl she would be playing, she said, “Oh my gosh, this is amazing.” This led Prince to really do her homework to get ready for the audition. She decided she was going to wear the right clothes to look like Hilde. Brooklynn joked that when she practiced the audition with her dad, he kept messing up his lines. This led to her praying to God that she would get the part. Of course, when she did get it, she was really happy.

The young actress also mentioned her mother, Courtney Prince, who is also her acting coach.  She helped her to get “really deep” into the character of Hilde and she now feels that Lysiak is an integral part of her life.

Speaking of the upcoming Season 2 of Home Before Dark, Brooklynn reassures her fans that they will not be disappointed. Meanwhile, her on-screen dad, Jim Sturgess, says how excited he was to hear there would be a second season. He says he is just as intrigued as everyone else to know what will happen during Season 2.

Sturgess admitted that he has never been involved in a second season of any TV show before. Apparently, so far, he has only been involved in mini-series-type work. Jim said to film something that is so wide open and with endless possibilities is hugely exciting for him. He said how intrigued he is to know what the writers will come up with for the story and where it will lead during Season 2. He is also keen to know how they will connect the Richie Fife story to the second season, with Hilde involved in new investigations.

Jim went on to praise the writers for doing an “amazing job” on the second season. He said how exciting it was for him to read the scripts and find out what will happen in the next episode. According to Sturgess, getting the scripts is one of the great things about starring in an episodic TV show. Along the way, the characters are learning about their own journey. They are equally excited to read what will happen next. In fact, he says they are just as much a part of the audience themselves in a “fun and interesting way.”