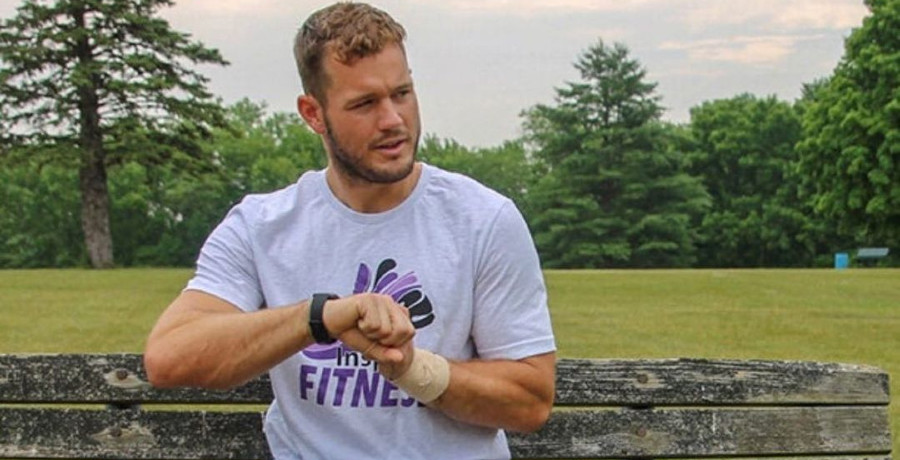 Colton Underwood is ready to find love again. Two months since coming out, the former Bachelor has been low-key about his dating life. He has, however, been welcoming fans to the gun show with his workout videos. Now Colton Underwood sought dating advice from an unlikely source. Did his nana swipe right on his Tinder matches?

Bachelor Nation alum Colton Underwood had a shocking life update in April. He appeared on Good Morning America to reveal that’s he’s gay. While he had pinged the gaydar of some fans over the years, he had adamantly denied being gay in the past.

More shockingly, he copped to trolling Grindr for dates before he appeared on Becca Kufrin’s season of The Bachelorette. He went on to look for love on Bachelor in Paradise and The Bachelor. He had a messy, public breakup with Cassie Randolph, his final rose pick.

Six months later, he was coming out on national television. Now it seems that Colton Underwood is ready for romance on Tinder.

After coming out, Colton Underwood found support among other Bachelor Nation alums. Even though his family is religious, it seems his nana has his back, too. The former NFL player shared a wholesome video on his Instagram of his nana helping him decide whether to swipe right on Tinder matches.

And she has some pretty high standards.

She deemed one potential suitor as “too old” for Colton Underwood. In the post’s caption, he describes her as “picky, honest and blunt.” But it’s only because she wants the best for him. She said that she wants him to find someone “to make you very happy.”

Regardless of whether he found a match, his followers absolutely adored the content. The post was flooded with comments calling the video “adorable” and “so cute.”

If you didn’t match with him on Tinder, he’s sorry, but you didn’t meet the standards. Colton followed up his post by dropping an apology in the comments. He said that he thought the possible matches were probably “really nice guys.” But they just didn’t live up to his nana’s standards.

“You didn’t pass her first impression test,” he explained. When it comes to nana, you only get one chance to make an impression!

When he’s not tending to his new plants or checking Tinder, Colton Underwood is hitting the gym. He often posts videos of his workouts. Hopefully, he will find someone to appreciate his abs soon.