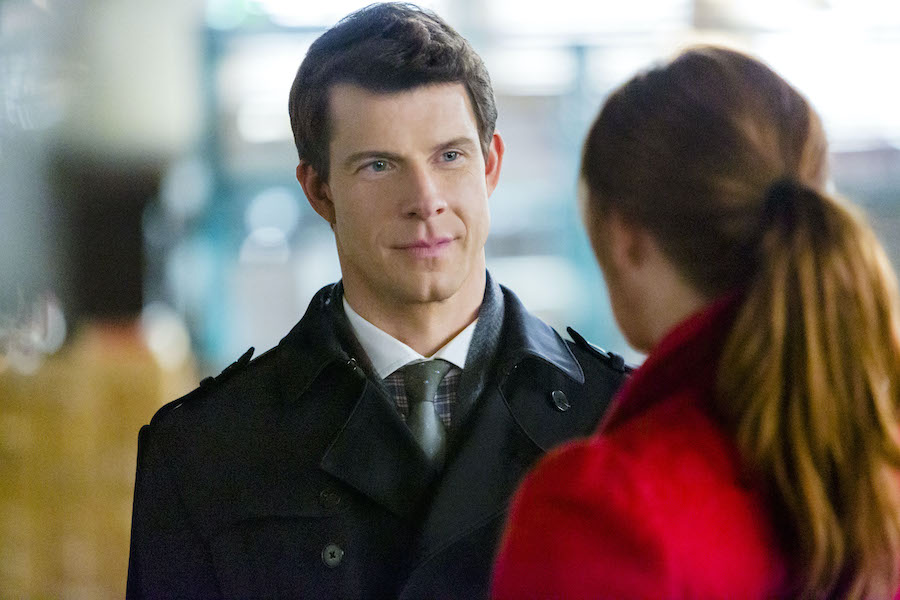 After a few missed deliveries, Hallmark is finally granting POstables their biggest wish. They will soon be filming a new Signed, Sealed, Delivered movie! What are the details, and when will this highly anticipated new movie air?

POstables, fans of Hallmark’s Signed, Sealed, Delivered mystery series want to know the status of the promised 2020 movie. It is 2021. Could there be a movie coming, as promised?

Thankfully, Eric Malbius is happy to share some news on the socials. He wrote on Twitter: “Psst. Lil’ bird might have mentioned that we may be a ‘tentative’ go for SSD 11 at the very end of July. With a hopeful goal of airing in October… Just sayin’. “

The talented author did not reveal the storyline. But, fans of the series know a bit of what they may expect.

It has been over two years since the last movie. Fans are nervous Has the proposed new movie been canned?

Assuming that the Hallmark movie does film in July, as promised, when will the new Signed, Sealed, Delivered movie air? Eric Mabius shared that they presume it will air in October. The network works fast in getting movies on the air!

It’s a great scene & one of my favorites ! Though I love every single scene of them lol
😂💖🥰💙😘 They are so cute!
#POstables #SSD #ShOliver pic.twitter.com/9EjtvJeXxO

Unfortunately, it has been quite a roller coaster ride for fans of the Hallmark series. Way back in the summer of 2019, creator Martha Williamson shared that there would be a new movie in 2020. POstables started to get excited, and for good reason.

In addition, on September 24, 2019, Williamson shared on Facebook, a smiling photo of herself standing next to a mailbox. Her caption read, “Just sent the next Signed, Sealed, Delivered script to Hallmark! We’ll keep you POsted!! #POstables #hallmarkmovie #SpecialPOstablesDelivery.”

Unfortunately, nothing happened. However, Eric Mabius went to Twitter to assure fans that any news of cancelation was only a simple rumor. They were delayed due to Covid. By the time Hallmark got their movies going, only priority shows like When Calls The Heart, and Christmas movies were being filmed.

To further prove that Hallmark did not change their mind, he retweeted Susan Post’s tweet, “I absolutely think it will get made, but I also believe it will be a good long while until it’s really is safe enough to film. I’d rather the POstables be safe than rush anything.”

Best of all, 2021 will see a brand new Signed, Sealed, Delivered. Postables, are you getting excited?