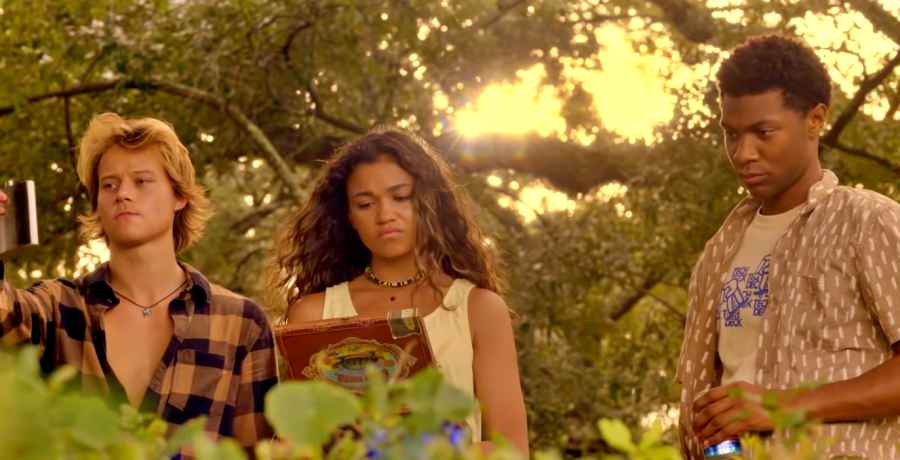 Finally, some good news for Outer Banks fans, as Season 2 has officially wrapped filming. In even better news, it turns out the new season is set to drop on Netflix this summer. Who is returning, who is new to the cast and when is it officially arriving? Let’s have a look at everything we know so far about Season 2 of the popular teen-action crime drama.

Outer Banks is an action crime drama that first streamed on Netflix in mid-April 2020. Featuring Chase Stokes, Madison Bailey and Madelyn Cline, Season 1 consisted of a total of 10 episodes. Since then, fans have been eagerly waiting for news of a second season and when we can expect it to drop.

Four months after the initial release, Netflix did announce that the show would be returning. Later, fans heard that Season 2 was coming this summer. In fact, a video was released at that time, showing the cast, excited about the second season.

The stars from #OuterBanks have some news for you: Season✌️ is coming! pic.twitter.com/sw3ndCWUkz

Fans weren’t completely surprised, as Jonas Pate had already teased that Outer Banks is a “four-season novel.” In fact, back on August 31, 2020, it was announced that production was looking at a return to filming on August 31.

Production of the Netflix show

The series was once again filmed in Charleston, South Carolina. This is significant because, at that time, many other US productions were stalled. Obviously, production was carried out under strict restrictions due to the pandemic. In September, Netflix’s French account sent out a tweet to confirm that filming had begun.

Production on Season 2 of Outer Banks continued through late 2020, with plans to finish in December 2020. However, reportedly, they only finished at the end of January this year. Along the way, several cast members teased Season 2, including Madison Bailey, who said she was so excited, it was not even funny.

As noted by Whats On Netflix, April 7th this year saw an official confirmation that filming was complete, which made it sound like it would drop late in 2021. On May 14th, Netflix delivered some good news, including several first look pictures for Season 2 of Outer Banks. In their tweet, they gave a broad “summer” 2021 release date.

In the meantime, get your first look at pogue life in OBX2 pic.twitter.com/S3F6h2KKx1

Even better, Netflix published a teaser trailer on Wednesday this week, with an official release date of July 30, 2021.

Finally, it is time for fans to truly start looking forward to the new season.

The cast everyone knows and loves will be returning, plus a few new arrivals. Carlacia Grant will be joining the new season in the role of Cleo. Described as a confident and fearless Nassau girl, Cleo is a formidable artful dodger. As she starts appearing on the show, apparently her world is set to collide with the Pogues.

There are several other new actors featuring in the second season, mostly in minor roles. These include Jontavious Johnson as Stubb, Nick Lawrence as Deputy Collins and Shane Miclette as Matthew. Elizabeth Mitchel is also starring in an as-yet-undisclosed role.