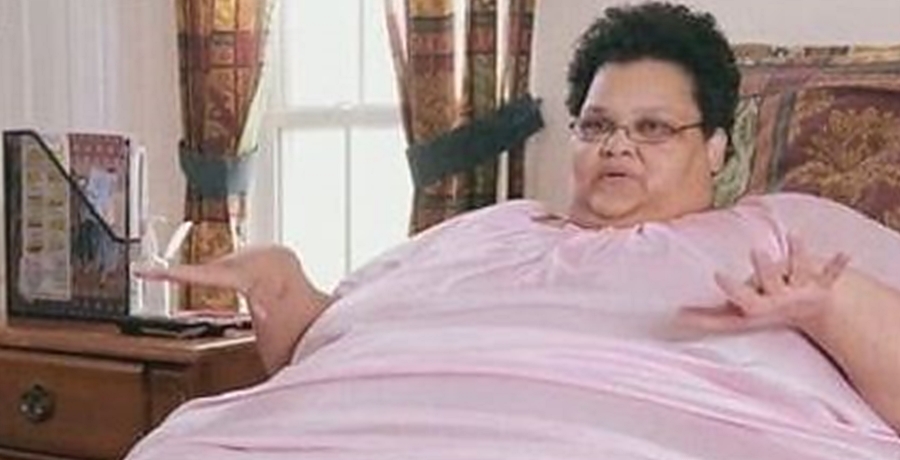 My 600 Lb Life fans first met Milla Clark in Season 4 of the TLC show. Back then, she weighed in at a whopping 751 pounds. That’s nearly the weight of a small car. Anyway, fans always like follow-ups of people whether they succeed the first time or not under Dr. Now’s care. Extremely popular, the show brings the battle of the bulge to people on their screens. Only, it’s no minor bulge that they need to shed for their health. Many of the cast, like Milla, suffer from morbid obesity which could kill them young. So, where is she now and how is she doing in 2021?

Last year, we reported on the progress of the super-sized TLC star. At the time, we noted that she dropped her weight to a respectable weight of 155lbs. Recall, she lay bedridden for about a decade and relied on her kids for everything. Plus, her lymphedema grew into a huge mass between her legs. So, she couldn’t really walk anywhere.  Following surgery to remove the mass, Dr. Now decided that she could attempt weight loss surgery. Thereafter, she underwent a lot of surgeries that helped remove excess skin.

My 600 Lb Life fans heard that the food addiction that Milla Clark suffered came as a result of her upbringing. Forced to eat everything on her plate, she did that to keep her mom happy. Well, soon it became a habit and she enjoyed eating. However, when she saw the way she ruined her kids’ lives, she made a determination to sort herself out. In December last year, we noted that she slid a bit, but was all over getting her weight back down. Plus she admitted that she knows she will always “always be a foodaholic.” Notably, any weight gain stresses her as she lost about the same weight as four people.

This year, My 600 Lb Life star Milla Milla Clark seems so proud of her kids. Amomama reminds fans that “Clark is proud of her five adopted kids, and they played their part in her health and wellbeing by cleaning, cooking, and caring for her for many years.” Well, in May this year, she shared a photo of her son. In her caption, she wrote, “My baby Joshua is growing up to fast🥰.” Her photo revealed her wearing an orange shirt and black leggings. If she put on weight, it seems like she probably got it off again.

At the end of May, the My 600 Lb Life star shared a photo that just revealed her face and shoulders. Fans thought she looked amazing and many people congratulated her. Actually, most of them noticed that she looks “beautiful.’ In fact, she’s hardly recognizable from the star fans first met on Dr. Now’s show.

What are your thoughts on how Milla Clark turned her life around and still sticks with staying healthy? Sound off in the comments below.

Remember to check back with us often for more news and updates about Milla Clark from TLC’s My 600 Lb Life.