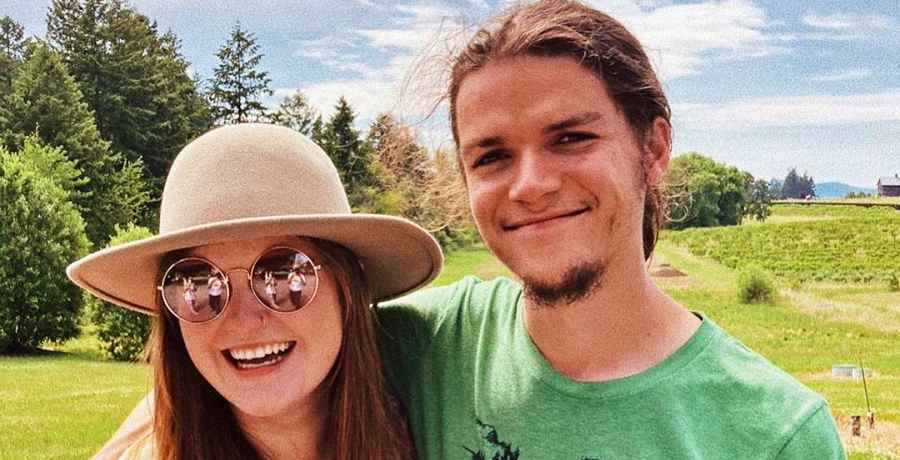 Browsing LPBW star Isabel Roloff’s Instagram feed shows us a happy, beautiful and smiling person with the cutest husband, Jacob Roloff. However, despite her wonderful nature, keyboard warriors will not let her alone. Isabel recently fought back at weight-shamers on social media, but she isn’t finished yet. Once again, Roloff has come out fighting against all the hate being directed at her.

Jacob Roloff’s wife, Isabel, tries to stay out of the headlines and lead a happy, smiling married life. She and Jacob spend most of their time driving around the Pacific Northwest, enjoying the beautiful scenery. Isabel often shares smiling images to her social media but those haters, who have their fingers poised over the keyboard, can’t help themselves.

It is almost like they cannot stand seeing a young woman enjoying her life. This leads to Isabel starring in the headlines again, through absolutely no fault of her own.

Roloff, 23, is honest about her life and mental health and often shares candid posts about her struggles with depression, an eating disorder and general anxiety. Most fans shower Isabel with praise for the way she helps others, by letting them know they are not alone.

However, while normal, kind human beings appreciate Isabel for her openness and beauty, not everyone is so kind. This week, Roloff acknowledged the keyboard warriors in a personal note on her Instagram Story, trying her best to put them in their place.

Isabel writes, “To be honest, every single time I share on here, I think to myself, ‘That is so embarrassing, why would I share that?’” She goes on to explain that she thinks it has something to do with opening her messages and seeing nasty DMs every time she makes a post. However, Isabel does admit she has been called an over-sharer in the past.

This begs the question, why does she keep on doing this, constantly being an open book when it leads to hate from total strangers? Isabel says that, for the most part, she wants the haters to know that they have no control over her. While they spew their hate and venom, she says she will just continue being herself. Roloff writes that she wants to be empowered in what she shares. Meanwhile, she knows that while not everyone will understand this, the right people will and that is enough for her.

When haters targeted the LPBW star for her weight, telling her she was so much bigger than her husband, she had the perfect answer. She responded, saying she has maybe been doing herself a disservice all along. Isabel wrote that maybe it was time for her to stop hiding to appear smaller because, in the end, that is much deeper than her body size. At that time, she posted this beautiful image, saying it was taken at an unflattering angle. Isabel noted she was laughing so hard you could see her double that appears every time she laughs. To us, she is pure beauty!

Maybe, if Isabel keeps hitting back at the haters, they will finally stop? Keep up with the Roloffs on Little People, Big World on Tuesdays on TLC.