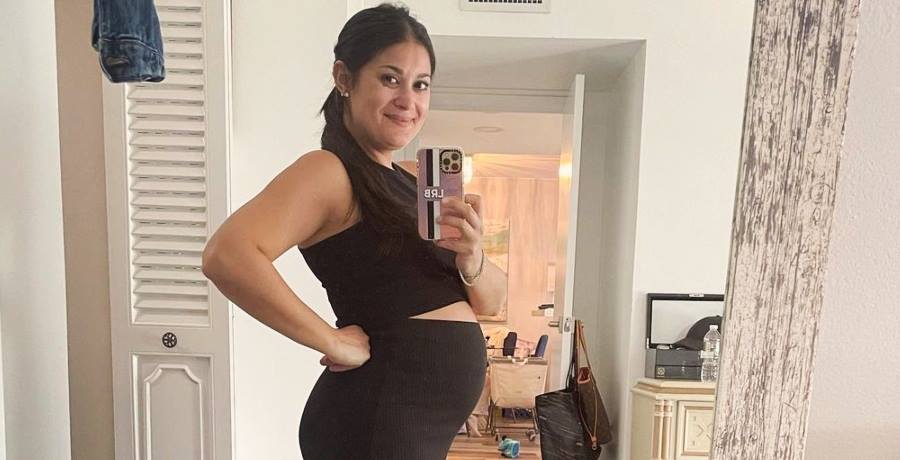 Loren Brovarnik from 90 Day Fiance is very popular and usually, TLC fans shout their praises about her husband Alexei and their cute little boy, Shai. However this week, many of them seemed puzzled and just could not get the shirt that she wore. It seems a bit risque and crude. Is it a new shirt from her one store? Or is there a deeper meaning? Perhaps it’s some sort of illusion?

Loren Brovarnik from 90 Day Fiance puzzles fans with her shirt

90 Day Fiance fans adore Shai, the son of Loren and Alexei. Actually, the couple seems hugely popular, and fans love them on Pillow Talk. Usually, her photos reveal fun, laughter, and happiness. However, her recent photo revealed something that seems weird. So, that got some TLC fans scratching their heads. Actually, her caption didn’t really expand on it. Is it some sort of cryptic message? If so, a lot of people completely missed the point of it. That’s if there is one.

90 Day Fiance fans know that Loren Brovarnik expects a second baby and sometimes hormones do strange things to the mood of moms. Actually, she admitted that her photo went up as a “mood’ selfie. Well, fans also know that the TLC star runs an Online store. So, possibly she plans on putting the shirt up for sale. However, she didn’t tag her shop and it’s not featured there at the moment. If you don’t know, she and Alexei started their store in March this year. So far, there are only a few items in it, but they mostly look nice.

The shirt that confused fans got mixed reactions

Loren Brovarnik posted up her photo and it looks rather risque as apparently, she gives the world the finger. In fact, two fingers!  The 90 Day Fiance star captioned it with, “Mercury Retrograde Mood.” Well, Cosmopolitan explained that “Mercury is in retrograde” from “Saturday 29th May 2021 until 22nd June.” They also noted that the planet “appears to go backwards in the skies. It isn’t real, though, it’s just an optical illusion.” However, astrologers believe that it can impact “communication, travel, messages, information and intellect” negatively.

Well, a lot of TLC fans didn’t like it. One of them commented, “Shirt NO NO !! Disrespectful!!” Mind you, others liked it and hope to buy one for themselves. Apparently, one fan “found it at Nasty Gal❤️.”

Perhaps Loren Brovarnik just says “nope” to conflict, misunderstandings, and miscommunications as Mercury does its thing.  Wondering if it’s an optical illusion on her tee-shirt? If there is one, we can’t find it. Can you?

Remember to check back with us often for more news about Alexie and Loren Brovarnik from TLC’s 90 Day Fiance.