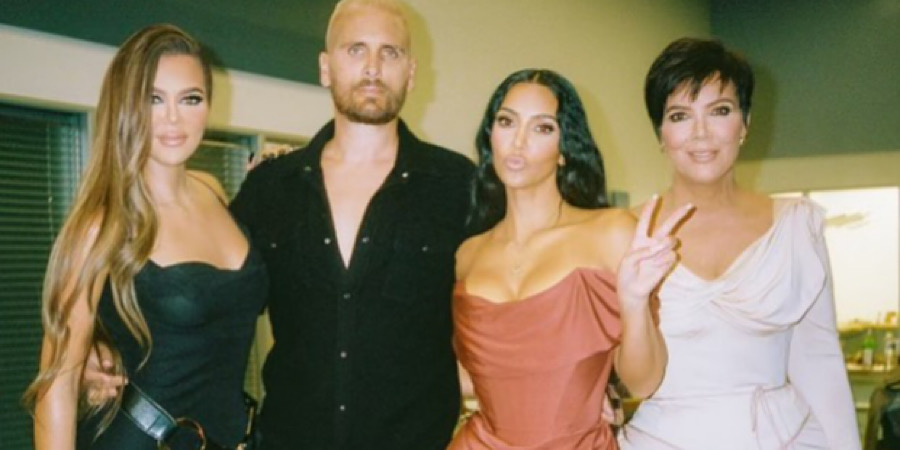 For 20 seasons, viewers have watched the evolution of the Kardashian/Jenner family on KUWTK. They have turned their brand into an empire. Cameras documented every big moment along the way. From marriages to divorces to children and everything in between. Tonight, they take their final bow on E!. One guarantee is there will be a lot of ugly crying and tears.

Give Up Scott and Kylie Joins the Final KUWTK Trip

Kourtney knows her sisters will seemingly forever hold out hope for her and Scott. Finally, she sits Kim and Khloe down and explains why it just can’t be. Though she has seen a lot of growth in him, she set boundaries when they first broke up. She needs her sisters to stop always being on Scott’s side and just let it be for once. There’s a lot more that goes into their relationship. They need to see and understand that.

Kylie finally joins everyone at the Lake Tahoe cabin for the trip. Kris has made up a game where they pick out memorable moments from the series then act them out. Kylie feels she will not be as good at it because she was so young when everything happened. At the same time, Khloe is focused on gathering information for the familial time capsule. Yet, the children have now taken cameras and are filming everything.

It is time for Kylie and Kendall to exchange their Secret Santa gifts. They have to be based on memorabilia from the show. Kendall gives Kylie a vintage camera since so much of their lives have been filmed. Kylie did not get the $20 or less memo and gives her sister vintage Hermes dishes. They chat about how odd it is to have KUWTK ending since they grew up on TV. It makes them happy to have had a job with their family for so many years.

Kim is filming Khloe so she asks her where she sees herself in 15 years. She is hopeful she has a sibling for True but if not, it won’t be the end. Khloe would also like to be married again in an ideal world. Then, they flash to her FaceTiming with Tristan. He is in Boston. Tristan is playing basketball there so he will be living there for the next six months. His goal is to get Khloe and True to relocate there for the season. She is apprehensive but decides she will do it.

Scott comes to talk to Kourtney. He overheard some of her conversation with her sisters. She feels the things she has asked of Scott still have yet to be done and she tells him this. They know they should move on but Scott likes hearing them say he should be with Kourt. What they have is enough.

In 15 years, Kim says she will probably have a facelift. She hopes to own a successful firm, as well. They all surround a bonfire with fireworks, knowing this experience is about to come to end. It is time to just enjoy the last few days of production. Soon, Khloe travels to Boston to begin to set up her new life with Tristan. She leaves True behind to ensure everything is ready first.

She wanted to pass it after failing the first time but sadly, she did not. Kim had COVID, her 40th birthday, the show ending, and other stressors. Khloe was one of her biggest supporters so she tells her if she passed, it would have been a miracle. Looks like she will take it again this summer. Khloe is still in Boston making all of her arrangements and she feels really confident with her decision.

Kim is visiting with Kris who is concerned about her but she says she has a therapist she vents to. Then Pandora’s Box opens. She shares she turned forty and it changed everything. Though she’s achieved so much professionally and she can share her life with her kids, she wants a  partner. During quarantine, she worked out every day with Khloe and Tristan. She wants a partner who will do that with her and share her common goals. Kim has the big things and now she wants to be truly fulfilled. She does not want her husband to live in another state.

To seal it, Scott put his Lord cape in it. They do a whole montage of the past fourteen years and 20 seasons. The girls have evolved and changed. Kim says she has no regrets and looks back at who she was in Season 1. They all look at the hard times and are okay with them because they brought on growth. In the end, family is everything.

Next week, Andy Cohen sits down for a revealing KUWTK reunion and nothing is off-limits. He asks about Travis and Kourtney as well as Caitlyn Jenner. Cohen also addresses Tristan cheating on Khloe. It all goes down Thursday at 8 pm only on E!.

Colton Underwood Reacts To Chris Harrison’s ‘Bachelor’ Exit
Chris Harrison Threatens ABC For Larger Payout
Now That ‘Younger’ Is Over, What Is Status Of Hilary Duff’s Spinoff?
Josh Duggar Preaching In Prison Might Not Work Out So Well This Time
‘Days Of Our Lives’ Week Of June 14 Spoilers: EJ Pleads His Case – Jake Caters To Kate