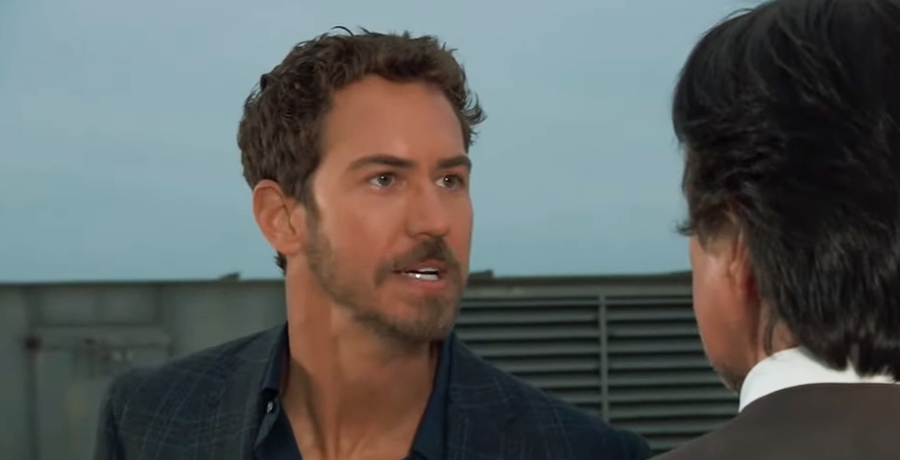 For the past week or two, General Hospital fans have been speculating about actor Wes Ramsey and his run as Peter August. The show teased everybody by revealing Peter had fallen down a flight of stairs with no context. Then, they flashed back an hour at a time to show what led to it. By the end of last week, Peter was supposedly dead after Finn shoved him.

After the fall, Elizabeth talked Finn into covering it all up. They hid Peter’s apparently dead body somewhere in General Hospital and told nobody. Fans aren’t so certain Peter’s really dead, but spoilers suggest that may be the case after all.

According to the cover of the new Soap Opera Digest, Ramsey has finished his time playing Peter on General Hospital. As Soap Opera News detailed, Ramsey joined General Hospital in November 2017. His presence, and character, was one that always generated a lot of controversy among fans. It certainly seemed as if it would be impossible to redeem Peter. Now, that Peter’s dead — or so it seems. 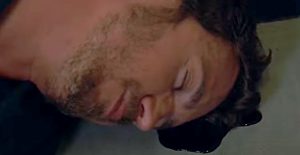 Apparently, Ramsey is “out” at General Hospital at this point. Even seeing it on the cover of Soap Opera Digest doesn’t convince everybody, however.

“I stand by what I said about Wes Ramsey, he’ll be back in a few months playing a different character, (if they’re smart he’d be Dillon but he won’t be). I wouldn’t be shocked if Cameron Mathison is new Peter, if they recast him,” one viewer tweeted.

“Yeah and 2.5 months from now the Headline will be ‘Wes Ramsey Back! Is Peter Coming With Him? GH Will Never Be the Same,” quipped another viewer.

So far, Ramsey himself hasn’t commented on his character’s supposed death. He did praise co-star Kirsten Storms for her work. However, he has not definitively confirmed he’s finished his work on General Hospital. Is he holding back to let General Hospital fans speculate for a while? Is he not not saying anything now because he knows he’s not gone for good?

When the show killed Roger Howarth’s character of Franco this spring, by Peter no less, it was quickly revealed Howarth would return. When William deVry’s Julian died a few months ago, the actor confirmed his exit. The lack of anything firm in this case certainly seems worthy of suspicion.

There are some General Hospital rumors swirling that Ramsey was still on-contract, although that is never necessarily a guarantee of much in the soap world. Will this magazine cover declaring Ramsey’s “out” convince fans? Not necessarily, but people certainly will be watching for more.

“That’s my whole feeling that it’s just too easy a demise and exit for Peter after all that dragging,” a General Hospital fan tweeted, echoing what many others seem to think.