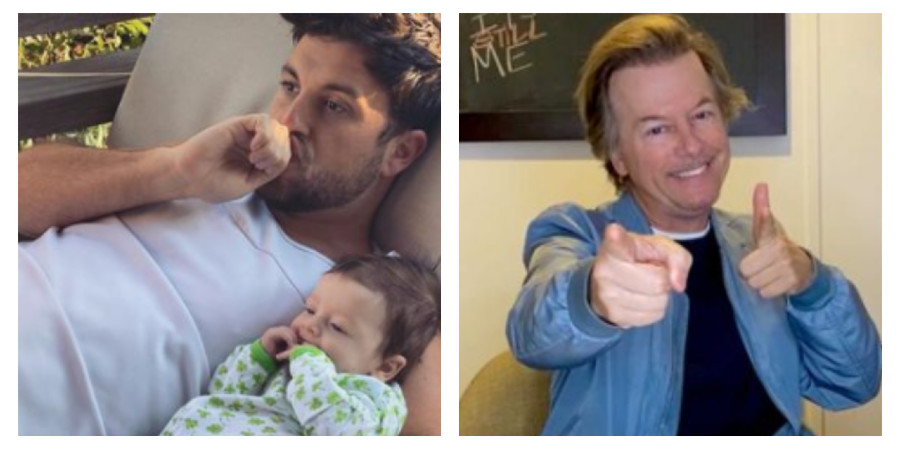 Change is never easy. Bachelor Nation fans aren’t the only ones having a hard time accepting the recent hosting switch-up. BIP alum Tanner Tolbert slams the decision to replace Chris Harrison with a series of celebrity hosts, including David Spade. Tanner also called this common franchise drama twist as “silly.” Tell us how you really feel, Tanner!

Chris Harrison hasn’t hosted a new Bachelor Nation episode this year. All of the episodes featuring him during Matt James’ season were taped before the February scandal. The longtime host came under fire back in February for seemingly defending Rachael Kirkconnell’s racially insensitive behavior. The frontrunner for Matt’s final rose attended an antebellum-themed party while in college.

The photos went viral on social media in January. After Chris Harrison’s attempt at minimizing the impact of the photos, he faced major backlash. As a result, he took what he thought was a temporary break from hosting.

Season 17 of The Bachelorette went on without him. Tayshia Adams and Kaitlyn Bristowe stepped in as co-hosts. Earlier this month, it was leaked that actor and comedian David Spade would host Bachelor in Paradise.

But Bachelor Nation fans still thought Chris Harrison would return someday. Those hopes were dashed on Tuesday, June 8, when Chris and ABC confirmed that he would not be returning after all.

David Spade isn’t the solo host of BIP. On June 9, ABC made another surprising announcement. They revealed the names of the other celebrities who will share co-hosting duties with David Spade. The network has yet to explain in detail how it will work. But speculation is that each celeb will host in two-week rotations.

NSYNC member Lance Bass, actor Titus Burgess, and rapper Lil Jon will share co-hosting credit. David Spade seems like an odd choice, but he is actually a huge fan of the show.

At least one Bachelor Nation alum is on Chris Harrison’s side in the drama. Last month Tanner Tolbert predicted a ratings decline for Katie Thurston’s season of The Bachelorette, per Us Weekly.

After ABC confirmed the news about the rotating BIP hosts, Tanner publicly expressed his displeasure. He took to his social media for a profanity-laced tirade against the decision. Tanner did pay respect to David Spade’s movie career by giving Tommy Boy a shoutout. However, he doesn’t think the actor/comedian is the right fit for Bachelor Nation.

In Tanner’s opinion, having celebrities as hosts takes away “from the purpose of the show.” In fact, he said it turns the show into a “circus.”

Not Too Fond of These Bachelor Franchise Cliches Either

Tanner Tolbert did get pushback from fans on Twitter about his comments. Several fans brought up other things that are worse than the hosting change.

One of his followers pointed out that celebrity appearances on the dates is common practice on the Bachelor franchise. Former contestants also show up for cameos to dole out advice. The fan said that those situations aren’t any different than celebrities hosting.

Tanner agreed with part of the statement. He called the celebrity guests and returning alums “silly.”

Another fan thought they had Tanner by arguing that drama cooked up among the contestants is way worse than the hosting switch. Contestants knowing each other and planning drama prior to appearing on the show is something that’s plagued the franchise.

Unfortunately for the fan, Tanner Tolbert completely agrees with their point.

Do you agree with Tanner Tolbert that bringing in David Spade and other celebs creates a ‘circus’? Share your thoughts in the comments below.

Bachelor in Paradise premieres on Monday, August 16, only on ABC. Katie Thurston’s season of The Bachelorette continues with episode 2 on June 14. Stay tuned after The Bachelorette to see Hannah Brown appear on The Celebrity Dating Game.