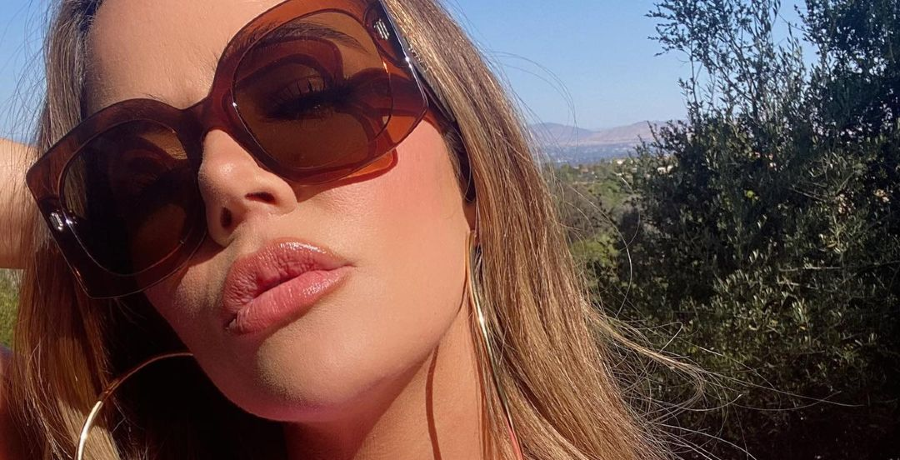 Khloe Kardashian is clapping back at the haters once again. The Keeping Up With the Kardashians star can’t seem to catch a break this week. Previously, she responded to someone who said she looks like an “alien” in her new Nurtec commercial. TV Shows Ace also briefly touched upon Khloe’s latest controversy.

This time it’s about her use of plastic bottles. One latest troll called Khloe a “hypocrite.” On Monday, June 7, Khloe caused some trouble with her comments about using plastic water bottles. She had to take to Twitter to defend herself after fans called her out for her hypocrisy.

On Monday, Khloe Kardashian shared a clip via her Instagram Story. She promoted her new Fidus one-gallon reusable plastic bottles that feature inspirational messages on the side. Khloe slammed those who pour water from single-use plastic water bottles into the Fidus bottle. She said that it “irks” her and “defeats the purpose” when it comes to helping the environment.

Khloe then advocated for the use of water filtration systems. Fans quickly criticized Khloe’s comments. They’re aware that the reality star and her family uses floral arrangements and Latex balloons, both of which are harmful to the environment.

Khloe caught wind of the backlash. She’s no stranger when it comes to hate. Throughout this year, fans slammed Khloe over her face, her relationship with Tristan Thompson, and her love for inspirational messages. While Khloe says the hate doesn’t bother her, it clear it does whenever she responds to it.

Khloe Kardashian responds to the haters who claim she’s hypocritical

Later on Monday, Khloe Kardashian took to Twitter to address the backlash. “Oh my! LOL What drives me [crazy-face emoji] is that people turn nothing into something. It must be a slow news day.” Then, Khloe admitted that she’s still “learning and trying to be better for the environment and for the sake of my daughter.”

Khloe claims that she’s far from perfect. She reiterated that she’s “learning” and wants to work on “making small changes for our future.” The Good American founder joked that she enjoys getting “easy tips” on how to “make a change in our world.” She encouraged the trolls to feed her some more tips.

Oh my! LOL What drives me 🤪 is that people turn nothing into some thing. It must be a slow news day. I am constantly learning and trying to be better for the environment for the sake of my daughter. I am the last one to say that I’m super environmentally conscious because I know

“I mean the drama over water LOL,” Khloe continued. “I’ll keep my jug of water to myself moving forward.”

What are your thoughts on Khloe’s response to her haters? Do you agree with Khloe or the critics? Sound off below in the comments.

Katie Thurston Warns Fans: Keep Your Unsolicited Advice To Yourselves
Jarrod Schulz Pleads Not Guilty To Assaulting Brandi, Trial Date Set
Uncle Dale Mills Gets More Than Bargained For Babysitting Busby Quints
Did You Miss This JonBenet Ramsey Reference In ‘Cruel Summer’?
‘Deadliest Catch’ Captain Keith Colburn: How Is He After Battling Covid?