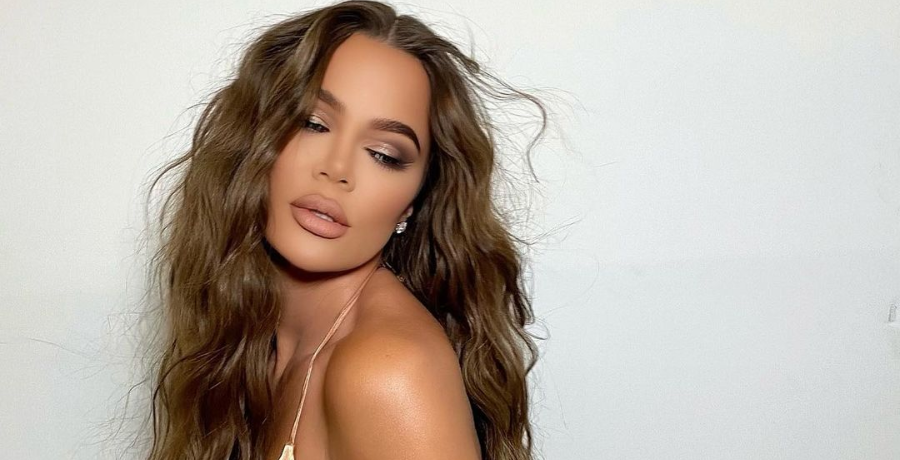 Khloe Kardashian sent her love to Kanye West on his birthday. On Tuesday, June 8, the rapper turned 44. Most of the Kardashians sent warm wishes to the “Jesus is King” star, including his ex-wife Kim Kardashian. Khloe and her mom, Kris Jenner, took to social media to share their own messages.

However, fans think the messages are insulting amid their divorce. Some think the Kardashian-Jenner is desperate to latch onto Kanye as much as possible. Others slammed the sisters for siding with Kanye rather than their sister. Khloe does not like it when people talk about her family. The 36-year-old made it clear that she still considers Kim’s ex-husband as family.

On Tuesday, Khloe Kardashian took to social media to share a group photo that included the rapper, herself, her boyfriend, Tristan Thompson, and her sister and Kanye’s estranged wife, Kim Kardashian. It’s unclear when they shot the photo. Kim and Kanye looked happy and in love in the photo. Some fans think it’s a recent photo, while others noticed that Khloe looks different in the group photo.

“Happy birthday to my brother for life!!!” Khloe wrote in the caption. “Have the best birthday Ye! Sending you love and endless blessings!! 🤍”

Regardless of the backlash, over 4 million people liked Khloe’s post. Kim took to the post to comment with the red balloon emoji. Fashion designer Kimora Lee Simmons simply added the red heart emoji. Some fans noted how awkward the photo looked since Kanye wore a T-shirt.

Meanwhile, Khloe and Kim had on their bathing suits. As for Tristan, he hung out shirtless. “Why is he in the ocean with a full blown tshirt 😭😭,” one fan asked. That comment alone received over 11,000 likes. Another asked, “What the hell am I seeing?” while a third added, “Bet he got Yezzys on under the damn water too.😂”

But it was one comment that didn’t sit well with Khloe Kardashian. She didn’t appreciate it when a troll thought she was throwing shade at Kim because she was sending love to her “brother for life.” She made it clear that she still considers him family no matter what his relationship status with her older sister is. The user saw Khloe’s post as a slam towards Kim.

“@kimkardashian Im so sorry Kim,” the user wrote. “The whole ‘brother for life’ thing is too petty for me. Your sister bond should be much more strong than feeling the need to say that. Your divorce was so hard on you even the picture is just uncalled for. There is so many other pictures. Google could of been her best friend. This wasn’t cute but I’m glad your being strong through it all. [SIC]”

Apparently, that user didn’t see Kim’s post about “loving him for life.” Khloe took notice of that comment and responded, “Why are you even commenting on something you know nothing about? You don’t think me and my sisters talk about one another’s feelings? We are with one another everyday. THIS IS MY FAMILY. Not yours! Don’t comment as if you in the know unless you actually in the know. Weirdo!!!”

However, Khloe wasn’t the only one. Momager Kris Jenner posted a photo via Instagram Stories as well as Kourtney Kardashian. In February, Kim filed for divorce after six years of marriage. The split will be addressed on the final season of Keeping Up with the Kardashians.