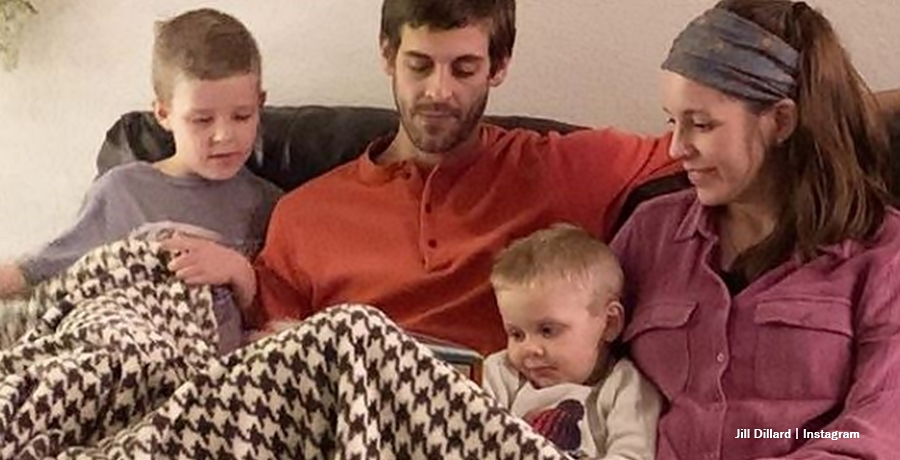 Jill Duggar’s boys just stressed her out when they brought home an unexpected and unwanted gift. The Counting On alum is keen to communicate a lot of knowledge to her sons. However, it seems she perhaps forgot to tell them that dead rodents should be left alone. After all, you never know if they might carry disease and germs on them. Her sons can be very active and curious, but hopefully, they don’t pick up dead things again.

Sam  & Israel seem like nice boys with bright personalities and a curious attitude to life. Fans often see them being cute, but sometimes, they stress their mom out. TLC fans know that Jill feels some stress as she shared about breaking out in acne. Well, she probably already stressed about her brother Josh and his recent arrest for possession of explicit child abuse materials. Bear in mind, her own victimization by her brother probably brings all those dreadful memories back again.

Taking to her Instagram stories this week, the Counting On alum told her fans about the dead rodent. Jill Duggar’s boys thought they found a dead mouse. However, it wasn’t one of them. In her caption, The TLC alum noted that they found a dead mole. They seemed incredibly “proud” of their discovery. However, to Jill’s disgust, she discovered that one of her boys actually touched it. So she said that she “threw it out” before “scrubbing them up.” Knowing their dad Derick Dillard, he probably chats with them as well, as he seems very keen on their education.

Actually, Jill Duggar’s boys came into the spotlight recently, when she shared that she let Sam try a taste of her two-year-old frozen breast milk. He didn’t like it and so she gave it to her dog. At least fans know that Sam’s got a sensible head on him. Hopefully, he won’t touch a dead rodent again.

What do you think about Sam & Israel giving their mom such a gruesome gift? Sound off in the comments below.

Remember to check back with us often for more news about the mischief that Jill Duggar’s boys Sam & Israel get up to.

Jinger Vuolo’s New Post Has Fans Worried About Her Kids: ‘Are They Ok?’
‘Below Deck Med’: Was Captain Sandy Too Soft On Lexi Wilson?
‘When Calls The Heart’s’ Chris McNally Strikes A Pose With Erin Krakow
’90 Day Fiance’: Are Corey And Evelin Secretly Married?
‘B&B’ Weekly Spoilers: Quinn & Carter On Again, Steffy & Finn Get Closer