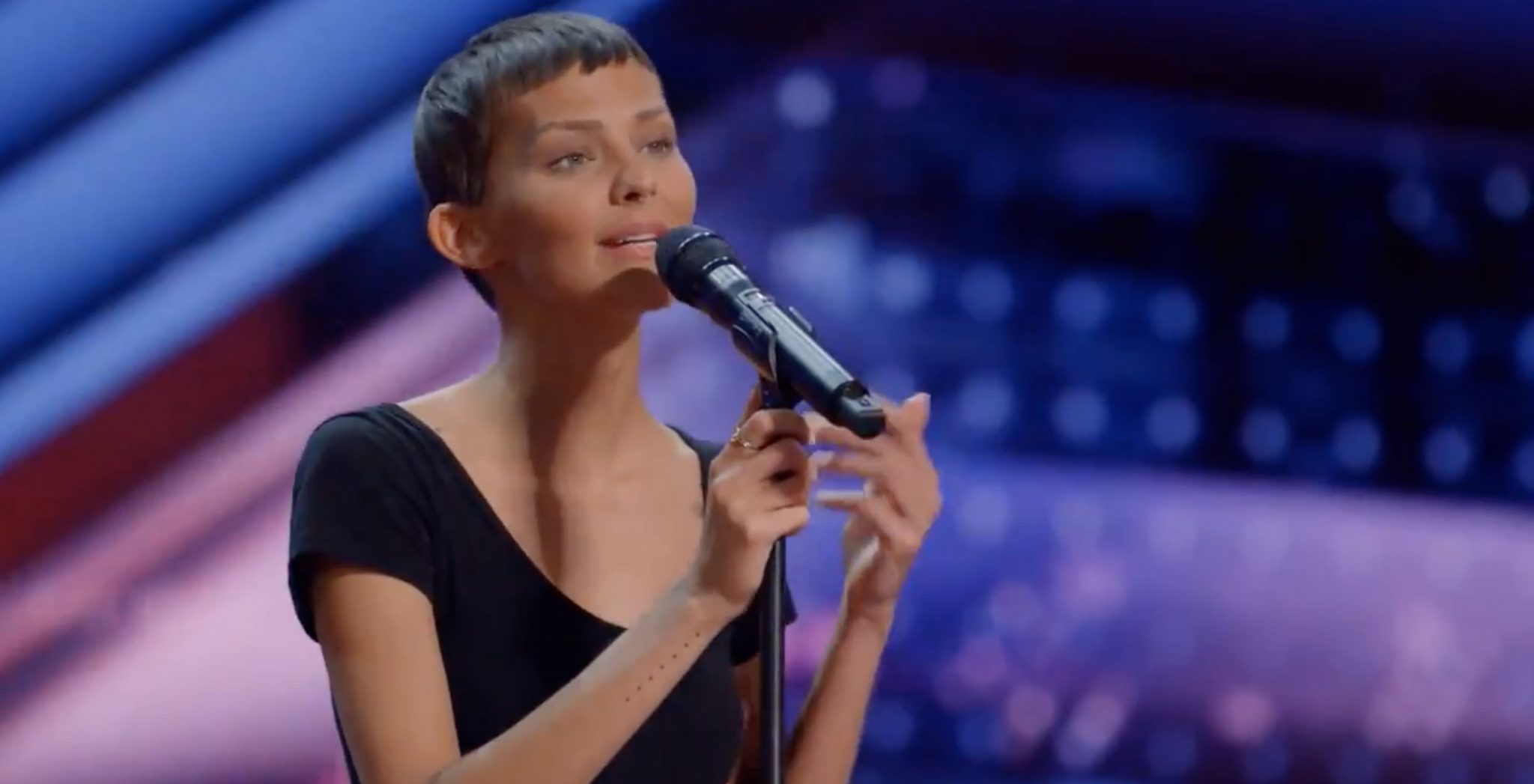 Meaww reports that Jane Marczweski performs under the name Nightbirde. She is from Ohio. Sadly, this isn’t the first time Jane battles cancer. She shares with everyone that she’s been diagnosed with cancer three times.

America’s Got Talent Season 16 is judged by Simon Cowell, Heidi Klum, Howie Mandel, and Sofia Vergara. Additionally, viewers can also expect to see Terry Crews hosting the talent competition. Furthermore, as many people know, it is hard to elicit any sort of emotion from Simon Cowell. However, that isn’t the case when it comes to Jane Marczewski. Remarkably, all the judges agree that Nightbirde gets a golden buzzer.

It’s not everyday that @simoncowell gets emotional watching a performance, but @_nightbirde proved herself #GoldenBuzzer worthy with that touching song. ✨ pic.twitter.com/P46W3OJtCm

Somberly, Jane keeps a blog. According to Meaww the blog details “learnings from her battle with the deadly disease.” It appears that the young lady handles this awful prognosis better than most. She never sounds hopeless.

She writes the following on her blog. “On New Year’s Eve, I was diagnosed with terminal cancer.” While the words terminal cancer are enough to stop anyone in their tracks, it is much more than that. “Innumerable tumors were found throughout my lungs, liver, lymph nodes, ribs and spine.”

Heartbreakingly, Jane goes on to detail her initial reaction. “I was on the living room floor leaning of the report, head in my hands. Six months to live. Two percent chance of survival.” Undoubtedly, she’s doing what she can to make the best out of her situation. That includes pursuing her dreams and competing on America’s Got Talent. Watch Jane’s emotional performance below.

Hello Everyone, I want you all to meet @_nightbirde. She’s my Golden Buzzer act on @AGT this year. She is a true inspiration, this was a very special moment #AGT pic.twitter.com/jDEuV49fLz