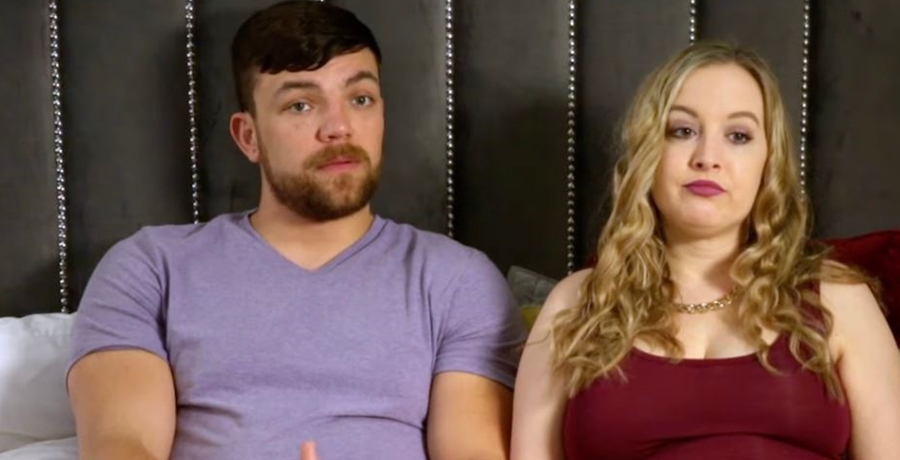 90 Day Fiance Elizabeth often claims that her husband, Andrei is misunderstood. However, she didn’t stand up and back her mom for perceived homophobia. In fact, she took her Instagram this week and slammed her mom’s attitude. However,  many TLC fans just don’t buy into her supposed outrage. After all, they think the entire family’s toxic and apples seldom fall far from the tree.

TLC fans took an instant dislike to Libby’s guy, Andrei. Nevertheless, no matter how much he apparently doesn’t want to work for a living, she constantly defends him. It also rubs fans the wrong way as they think he seems very aggressive and bursting with toxic masculinity. Nevertheless, fans quickly learned that her family seems very aggressive and toxic as well. So, attention now focuses on all of them. Perhaps her mom regrets an Instagram post that she out up about Pride Month. However, fans think she probably regrets nothing.

Actually, toxic things from the family make followers of 90 Day Fiance star Elizabeth worry that they hope for a spinoff. Perhaps they think that might happen as The Family Chantel came along and that’s Toxicity City. TLC fans can’t stand the entire family. From Charles and his son Charlie, through to Libby and her husband Andrei, the family seems very disliked. Even her sister’s not shy to take a slap at Libby. Now, her mom, Pamela Putnam seemed a bit dodgy as well, fans thought. In fact, most of the family has some sort of criminal past attached to them. So, it’s not likely Libby gets many people cheering her stand against her mom.

The mom of 90 Day Fiance star Elizabeth posted about how she felt it was wrong for the community to use a rainbow, and fans freaked out. In her now-deleted post, she said “Rainbow… a promise of God, not a symbol of pride.” In her caption, she said, the “True meaning of a rainbow is God’s promise to us in Genesis 9:13-17, not about pride.”

Well, a lot of people on social media slammed 90 Day Fiance star Elizabeth Potthast’s mom for it. In fact, almost nobody stood up and agreed that what she said had any merit at all. Mind you, the balance of opinion shifted somewhat as plenty of sites like Twitter, Facebook, Instagram, and Reddit lost conservative accounts through censorship. Nevertheless, there are enough comments out there to know that Libby’s mom made an obvious social media gaffe. Popular blogger John Yates posted about Libby slamming her mom for her comments and some fans just don’t buy it.

Fans react to Elizabeth’s Instagram story about her mom

Taking to her Instagram stories she said that wanted to address the “family member” who posted about the rainbow and Pride Month. Actually, that made some fans slam her for not acknowledging her mom said it. Apparently, she found it “insensitive,” and she reached out, hoping none of her fans felt hurt. She believes that “Love is love, and that’s that.”

Clearly, 90 Day Fiance star Elizabeth didn’t convince John Yates, a part of the LGBTQ+ community. When he shared the clip, he captioned it with, “I hope Libby is being truthful here but much like her storyline I’m not really buying it.” Well, other fans agreed with him. One of them commented, “she referred to the community as “you guys”. It’s disingenuous. This is a sad PR attempt. Next time she should get daddy’s money to hire the real spin doctors.”

Some people stood up for Libby

A few people stood up for Libby, as TLC’s audience is quite diverse. One of them commented, “Other side: Libby can’t win here. If she doesn’t say anything, that’s implying she’s agreeing with her mom. She had the guts to address this and I, for one, am happy she did so. Please give people the benefit of the doubt.”

What are your thoughts on this? Do you believe that 90 Day Fiance star Elizabeth Potthast made a genuine statement? Or, is she just trying out for some damage control? Sound off the comments below.