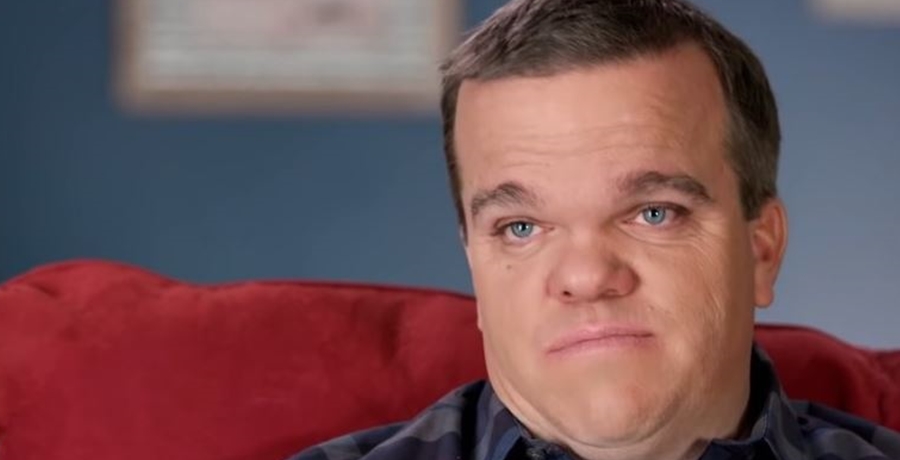 Trent Johnston and his wife Amber sometimes see some really bad comments on their social media as 7 Little Johnstons fans criticize them a lot. Actually, sometimes both he and his wife get somewhat defensive when the critics become too much. Many of them think that the parents of Jonah, Liz, Anna, Emma, and Alex seem too strict and controlling. This week, he spoke with Alec Lace on First Class Fatherhood and explained why he is so tough on them.

About a year ago, the patriarch of the TLC show slammed fans who criticized the way he and Amber parent their children. Fans know that they raise five kids. Jonah and Liz are their biological children. Meanwhile, they adopted Anna, Emma, and Alex. Notably, all of the people in the family are little people. In particular, fans tell off the couple for being strict with all the kids, but more so, Anna. In response, he got quite defensive and told them they only see a small portion of their real lives on TV.

‘7 Little Johnstons’: Trent Gets Defensive With Critics About Anna

This year, it was the turn of Amber, the wife of Trent Johnston. In May, she said that in the current season, they go “deeper” into Anna. Actually, already fans see them clashing a lot as she wants to move out. Plus, her sister Liz moves out and Jonah looks for his own place. Critics suggest the kids want our because their parents are way too controlling and make life very unpleasant.  Talking with Alec Lace on First Class Fatherhood on June 7, Trent admitted he takes a tough approach with the Johnston kids.

Why is the TLC star so tough on the kids?

When Alec Lace interviewed Trent Johnston on First Class Fatherhood, he talked about their early marriage. He also mentioned why they opted for adoption. Additionally, he talked about why they chose to film their lives. Moving on, he addressed the way he disciplines the children. Actually, he makes no apologies for it. Before talking about that, he mentioned that he grew up valuing hard work and he passes that on to his own children.

Trent Johnston said that he knows he’s “tough on the kids.” He said that because he knows “this world is tough.” Talking about little people, he added, “we have not had our civil rights movement yet.” Trent admitted that the little people shows do help bring awareness, but not everyone accepts people with dwarfism. So, he pushes “hard work” and he’s tough because the kids “need to understand” that so many people “look at them differently.”

For example, he said that when he talks on the phone, he sounds the “same size” as anyone else. He noted that if their “CV is good,” on paper, it sounds like they are “the same size” as other people. However, when they walk into an office, “all that goes out the window.”

Standing on their own feet is important

Trent noted that ever since the kids were small if they had a problem, he made them try and figure out a solution first. Giving an example of reaching for a “light switch,” he said that it’s important they stand on their own two feet. After all, he and Amber won’t always be around to do things for them. Trent hopes that when he’s gone, the kids are totally self-sufficient. That’s why they try and steer the kids and guide them into becoming responsible adults.

Did you know the reasons why Amber and her husband take a tough line with their kids? Sound off in the comments below.

Remember to check back with us often for more news and updates by Trent Johnston from TLC’s 7 Little Johnstons.