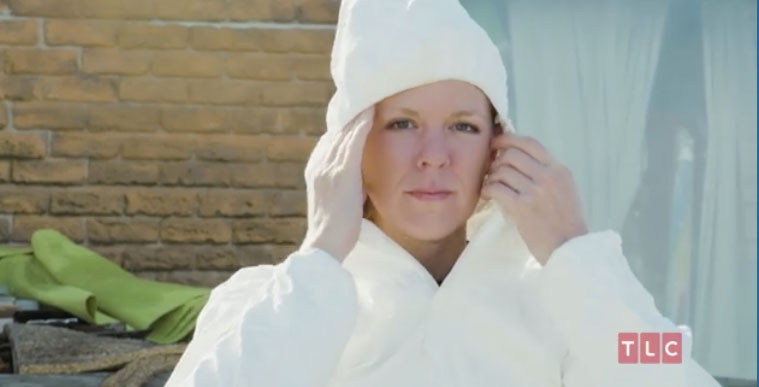 TLC takes to their social media to reveal two new series, Germophobia and Filth Fighter. It seems like these shows are cut from the same cloth. TLC releases a trailer for Filth Fighter ahead of its Wednesday, June 9th premiere. From the looks of it, this show is going to give Hoarders a run for their money.

To say there is a lot going on in the one-minute and thirty-four-second trailer is an understatement. Notably, this trailer may be disturbing for some. With that being said, the preview for Filth Fighter begins with a warning message that reads as follows. “This show is really gross. Content may include mold, grime, excrement and even worse. Viewer discretion is advised.” So this probably isn’t going to be some light Wednesday night casual family viewing.

The first couple of seconds after the viewer discretion warning is nothing but absolute filth. So much so that some people may not even be sure what they’re looking at. However, even if that’s the case, it’s apparent that it’s disgusting. The first thing said in the trailer is “Woah! I just stepped in poop!” So there’s that.

Next, the trailer introduces viewers to an integral person for Filth Fighter, Christina Dye. Christina introduces herself and what she does. “I’m Christina Dye and I get paid to clean up anything and everything that no one wants to touch!” If that’s not disturbing enough, she elaborates. “I love gross stuff! I live for it!” She also says, “The more disgusting, the more fun we have,” and “the smellier the better.” Surely, there’s got to be more to it than that.

There seems to be a little bit more to it than that. Christina Dye seems like she enjoys helping people. One of the gentlemen she helps is just four days away from open-heart surgery. The next client, Christina helps is trying to sell her family how. Unfortunately, someone has been hoarding in the home making it impossible to sell without completely cleaning it out.

Do you think you have the stomach to tune in to TLC’s Filth Fighter? Let us know your thoughts in the comment section below. Filth Fighter premieres Wednesday, June 9th at 10/9c on TLC.