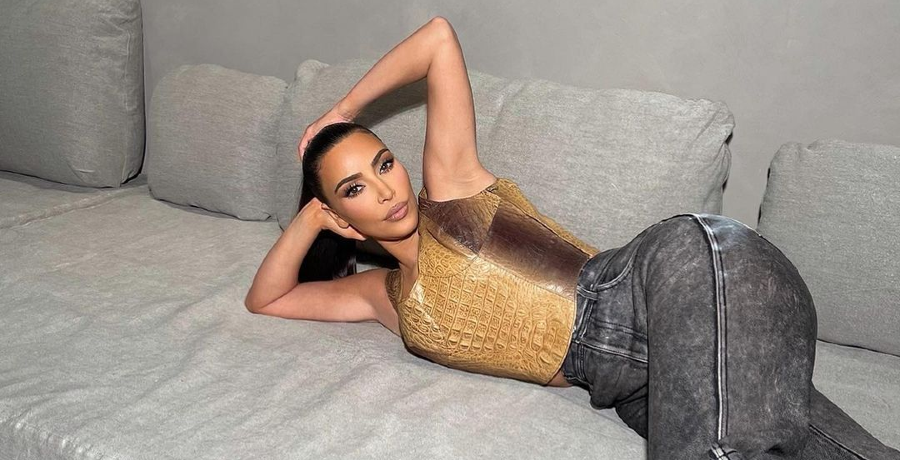 Kim Kardashian is feeling sentimental these days. Previously, she shared a throwback photo from her vow renewal photoshoot with her ex-husband Kanye West. This comes after she admitted on a recent episode of Keeping Up with the Kardashians that she feels like a failure because of their divorce. The throwback photo came at an interesting time since that episode aired.

The photo was beautiful and featured Kim and her children. But fans noticed that this photo was shot during Kim and Kanye’s vow renewal photo shoot. Currently, Kim told the rapper that she loves him for life amid his 44th birthday. Is the couple mending and considering calling off their divorce?

On Monday, June 7, Kim Kardashian took to Instagram to share a black-and-white photo from her vow renewal photo shoot. The photo shows the reality star looking happy as she poses with their four children. Fans don’t understand why Kim would share this photo considering the couple is going through a headline-making divorce. Kim and Kanye aren’t even on speaking terms.

They agreed that she looked beautiful in the photo. However, some were confused over why Kim needed to share this photo. Is she feeling sentimental these days? Does the couple have plans to get back together?

Kanye has not spoken out about their divorce. He will probably have a lot to say in his next album. As for Kim, she said she felt like a “failure” in a recent episode of KUWTK. No matter how she feels, she thinks that Kanye deserves to be with someone who can support him fully unlike she could.

She writes “love you for life” on Kanye’s birthday

On Tuesday, June 8, Kanye West turns 44. Many fans and followers took to social media to share warm wishes to the Yeezy designer. Kim Kardashian also wished Kanye a happy birthday along with a special message. The 40-year-old took to Instagram to share another throwback photo, this time with Kanye and their children.

“Happy Birthday Love U for Life!” Kim captioned the shot.

She also took to her Instagram Stories to share loving memories from their marriage. Kim even shared a rare photo of Kanye as a child. The Skims founder shared a photo of the former couple dressed up for a night on the town along with the caption, “Happy bday.” Kim’s family also took to social media to share their wishes for the hip-hop artist on his birthday, including Kris Jenner and Khloe Kardashian.

Kim filed for divorce from Kanye in February 2020 after seven years of marriage. They share four children, North, 7, Chicago, 3, and sons Saint, 5, and Psalm, 2. What are your thoughts on Kim’s sentimental Instagram posts? Share your thoughts in the comments.