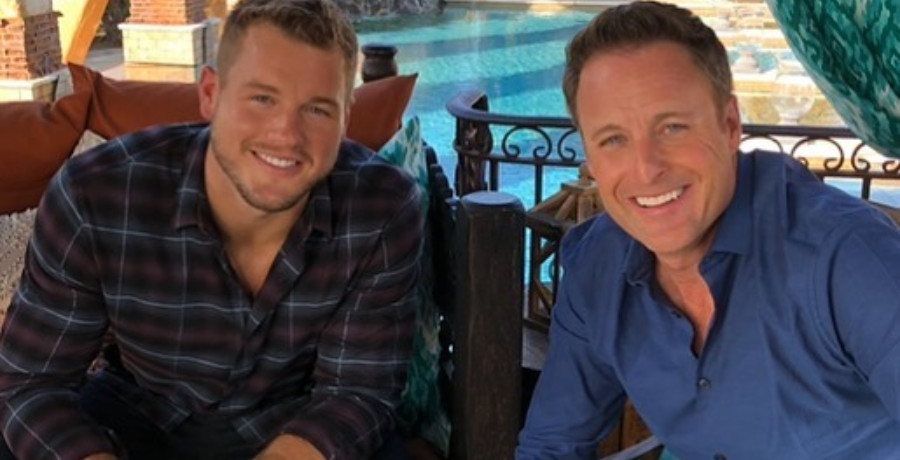 Colton Underwood is one of the first Bachelor Nation alums to speak out about Chris Harrison’s exit. On June 8, news broke that the long-time host will not return to the franchise after a racism controversy. Colton Underwood and Chris Harrison formed a close friendship when Colton was a contestant and then later a lead in his own season. What did he say about his friend’s departure?

The Bachelor franchise has been in the headlines since February, and not because of the romances. Earlier this year, old photos of Rachael Kirkconnell resurfaced when she was a contestant on Matt James’ season. The photos were deemed racially insensitive due to the nature of the “Old South” theme party at a plantation.

Before Rachael Kirkconnell could speak out about the photos, Chris Harrison jumped to her defense. During an interview with Rachel Lindsay, he was dismissive of both the photos and Rachel’s opinions on the photos.

Chris Harrison tried to walk back his comments during the interview a few days later amid backlash. However, he ultimately took a step back from his hosting duties.

Tayshia Adams and Kaitlyn Bristowe stepped in as host for Season 17 of The Bachelorette. When Bachelor in Paradise returns this summer, David Spade will be among the rotating hosts.

One day after Katie Thurston’s season of The Bachelorette premiere, reports indicated that Chris Harrison won’t be returning after all. He will get a huge payout for his 19 years of hosting.

Colton Underwood is among the first Bachelor Nation alums to react to Chris Harrison’s exit. He took to his Instagram Stories to share a sweet note of appreciation for his mentor. Calling Chris a “grade A human,” Colton thanks him for being a friend.

When Colton Underwood made headlines himself earlier this year by coming out, Chris Harrison was there for him. At that time, Chris hadn’t made any public statements in a while. But he broke his silence to support Colton.

Many fans will agree with Colton’s assessment that Chris Harrison is “hell of a host.” He ends the post by saying he “can’t wait” to see what Chris does next. What’s that?

What’s Next For Chris Harrison?

Chris Harrison has been hosting Bachelor Nation shows since 2002. Many viewers consider him a father figure to the leads and contestants. He’s always around to dole out advice or provide a shoulder to cry on.

It’s unclear what the future holds for Chris Harrison. Will he stay with ABC as host of another show? Or will he move on to another network? Could he leave television behind completely and retire to his home in Texas?

We don’t know, but we will be watching to see his next moves.

What do you think about Colton Underwood paying tribute to Chris Harrison? Share your thoughts in the  comments below.

Tune in to Katie Thurston’s season of The Bachelorette Mondays on ABC.