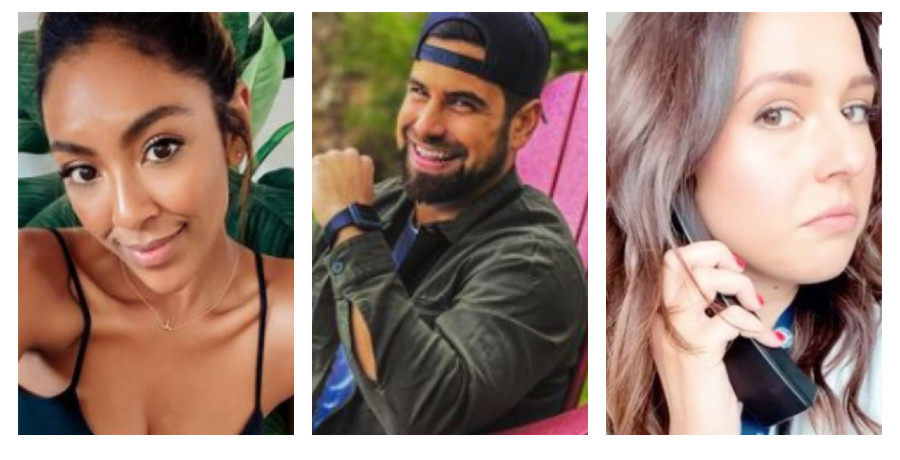 Did Blake Moynes break the rule again and contact Katie Thurston before appearing on her season of The Bachelorette? How does Katie feel about breaking “girl code” to possibly date Tayshia’s ex? She spilled the tea over the “weird” situation she’s in.

Bachelorette viewers are familiar with Blake Moynes. He started as a contestant on Clare Crawley’s season. Clare made Bachelor Nation history by quitting the show within weeks after finding love with Dale Moss. Rather than sending her cast-offs packing, the network repurposed them as suitors for Tayshia Adams.

Blake Moynes didn’t find love with Tayshia, either, but he isn’t giving up on love. The rumors of him joining – or attempting to join – Katie Thurston’s season were verified in an official promo. Fans of ‘80s rom-coms will immediately identify his romantic gesture. The promo shows Blake standing outside Katie’s window with a boombox over his head. It’s a reference to the movie Say Anything starring John Cusack.

The main character, Lloyd Dobler, coined the heartbreaking phrase, “I gave her my heart, and she gave me a pen.”

Will Blake end up with Katie’s heart, or just a pen? Spoilers indicate that he makes it pretty far in the competition, but it’s unclear if he’s the final rose recipient.

How Does Katie Thurston Feel About Breaking ‘Girl Code’ to Date Tayshia’s Ex?

Tayshia Adams will be by Katie Thurston’s side every step of her journey on The Bachelorette. That may make for some awkward moments if Blake does convince Katie to give him a chance.

Katie recognizes that the situation is odd. “He’s Tayshia’s ex-boyfriend, so I don’t know what’s happening,” she told Us Weekly.

Did she just admit that he broke the rules again by contacting her before the show?

During Season 16, Blake Moynes got in hot water with viewers and fellow suitors after a shocking revelation. He had contacted Clare Crawley before the season started. That’s a no-no for leads and their contestants.

And now it seems that he also chatted up Katie Thurston prior to Season 17. She admitted as much to Us Weekly. She explains that “guys will reach out” after a contestant is eliminated to check-in on how they are doing. It seems that was how she first ‘met’ Blake Moynes.

Do you think chatting with Katie beforehand gives Blake an unfair advantage? Is Katie breaking girl code by dating Tayshia’s ex? Share your thoughts in the comments below.

The Bachelorette airs Mondays on ABC.