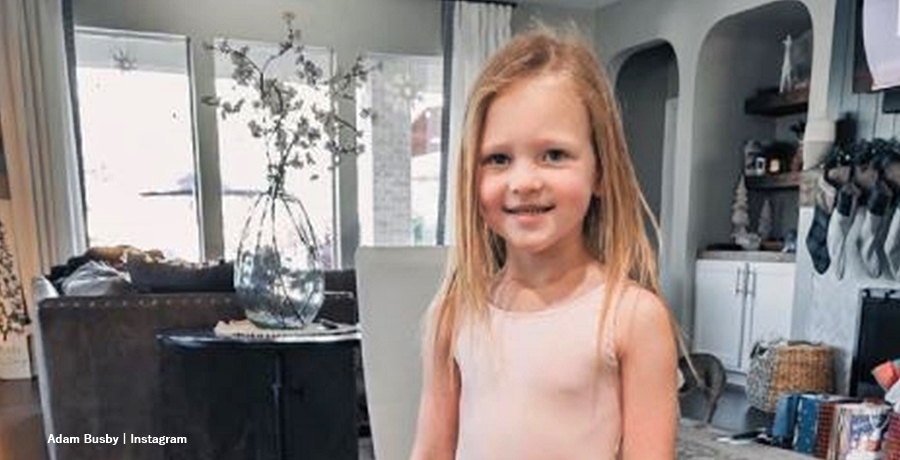 OutDaughtered fans know that Parker Busby seemed very anxious, retiring, and unhappy in her younger years. However these days, fans see a rather different little girl. Certainly, she seems a lot more confident and looks quite outgoing. Actually, sometimes fans see that she became talkative like her sisters. Plus, it appears she takes the win when it comes to pulling funny faces.

In March this year, Adam Busby made a video of the quints, and TLC fans noticed that Parker looked very confident. It wasn’t always that way, fans know. After all, in several seasons, they saw her looking very anxious. In the video, their dad took the kids to school but later, they all enjoyed some time outdoors. They rode around their neighborhood on their bikes and scooters. In the comments section of the video, fans seemed drawn to comment about Parker as she looked happy and very poised.

OutDaughtered fans also know that Parker Busby seems like a “daddy’s girl.” When she first displayed signs of anxiety, Adam led the way in obtaining some professional advice. He also took a lot of time encouraging his daughter. More videos followed and in one of them, he revealed her facing her fears in an amusement park. By her side and reassuring, it’s no wonder she became a daddy’s girl. As a little kid, she seemed a bit shyer than her sisters.

OutDaughtered mom, Danielle predicted that Parker Busby would end up being a smiling and fun daughter. As a baby, her mom wrote on It’s A Buzz World,  “So beautiful and peaceful … so chill and precious. She loves to give smiles and loves to be talked to.” Now, that smiling baby makes other people smile as she pulls the funniest faces, TLC fans agree. The comments came on a post that Danielle shared this weekend.

The OutDaughtered mom revealed the family eating out. All of them, including Adam, pulled funny faces. In her caption, she wrote, “Lunch shenanigans #familytime #crazylife.” Fans decided that of all of them, Parker seemed the funniest. One of them commented, “Parker is the best one! She is absolutely the winner of this cute family-contest!😎😂👍.”

Another fan wrote, Look at PK cutting up! I love how she’s come out of her shell. 😍”

What are your thoughts on the way Parker Busby came out of her shell? Do you agree she takes the win in the funny faces photo? Sound off in the comments below.