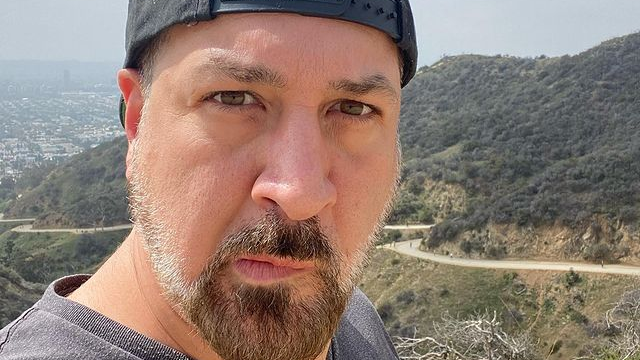 It’s been a bit since NSYNC member Joey Fatone competed on Dancing With The Stars. He originally competed in Season 4 with Kym Johnson. The couple came in second place behind Julianne Hough and Apolo Anton Ohno. Kym and Joey teamed up again for Season 15, where they finished in 12th.

Even though it’s been a while, Joey Fatone has fond memories of his time in the ballroom. And he really thinks it’s a shame that ABC made the choice to fire long-time host Tom Bergeron last summer.

“I haven’t had a chance to talk to Tom because I don’t really know what happened. That was just weird how it all went down,” the singer told Us Weekly in an exclusive interview. “Nothing wrong with Tyra [Banks], but Tom really — and Erin [Andrews] is great, don’t get me wrong — but Tom was the freakin’ starter. He’s the backbone of all that stuff. He’s the one that was there from day one and he’s great at it.”

Even though the news came as a shock to many, Tom Bergeron handled the situation with grace and dignity. Shortly after ABC officially announced they parted ways with Tom, he posted about it in jest on his Twitter page.

“It’s been an incredible 15-year run and the most unexpected gift of my career. I’m grateful for that and for the lifelong friendships made. That said, now what am I supposed to do with all of these glitter masks?” he tweeted at the time.

Will the NSYNC member come back even though Tom Bergeron left?

Joey Fatone added that he didn’t think ABC needed to change anything at all. But even so, he’s a big fan of Dancing With The Stars and would be willing to appear on the program again.

“As far as DWTS and coming back, they have suckered me in many times to come back” Joey continued. “I came back for All Stars and as a judge as well. I did have fun with the judges. That was a lot of fun. So I’d love to do that again.”

Fans love seeing members of their favorite boy bands appear on the show. They went wild for Backstreet Boys member AJ McLean in Season 29. Who knows who might be joining the cast for Season 30?

We do know for sure that Tom Bergeron will never return to Dancing With The Stars — not even as a competitor. He says that chapter of his life is closed now.

“When people say, ‘I’m not gonna watch until you’re back,’ I say, ‘Well, there’s really no ‘until’ here,’ This train has left the station. I appreciate the sentiment. [But] I don’t hold it against anybody if they [watch],” he said in a recent interview.

What do you think of the whole situation? Are you upset ABC fired Tom Bergeron? Be sure to let us know how you feel in the comments.