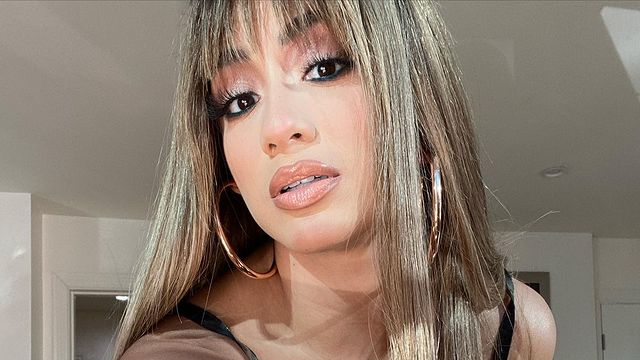 It’s no secret that Dancing With The Stars contestants grow close during their time on the show. During Season 28, Ally Brooke admitted she even felt like quitting the competition after James Van Der Beek left.

During week 8, Ally and her partner Sasha Farber found themselves in the bottom two alongside James and his partner, Emma Slater.

“It was one of the worst moments for me,” Ally confessed to Sasha during a recent episode of her YouTube show. “I felt that I had excelled so much and it was a personal journey. It was horrible.”

Ultimately, the judges chose to save Ally and Sasha. James and Emma went home that night. Fans felt the decision was controversial since James revealed his wife just suffered a miscarriage a few days prior.

“Him having the strength to still go on the show and perform and dance. To me it just did not make sense,” Ally said in the interview. “I just remember after the show I wanted to quit. I was done. It was such an emotional punching bag for me. You don’t understand how much that can destroy someone. That destroyed me.”

You can watch Ally’s full interview with Sasha here:

The Fifth Harmony singer did think about dropping out after James Van Der Beek went home. However, a talk with him changed her mind.

“James was so wonderful. He’s like, ‘Girl, you shine and go enjoy this and go shine.’ So I took that with me, but you know I did work so hard to get here and it’s not been easy and I’m very, very thankful to be in the finale,” Ally told Us Weekly. “I hoped I would be and the fact that I’m in the finale is unbelievable! It’s bittersweet because I’m going to miss everyone so much but at the same time, I’m taking every minute in now that I know that it’s coming to an end.”

Sasha Farber is married to James’s partner, Emma. So the elimination was likely a little uncomfortable for him as well. In the end, Ally and Sasha made it to the finale and finished in third place. Alan Bersten and Bachelorette Hannah Brown took home the Mirrorball Trophy that year.

The former Fifth Harmony member gets a fresh start

In the interview, Ally Brooke discusses how insecure she felt prior to Dancing With The Stars. She describes feeling lost after Fifth Harmony’s breakup and how she used the show to help her figure out what she wanted to do next in her career.

Even though she felt uncomfortable continuing after James Van Der Beek left, she ultimately feels happy she stayed. In the interview, she credits Sasha with helping her find herself and even claims him as part of her family now.

Think back to Season 28. Were you also shocked by James Van Der Beek’s elimination? Be sure to let us know how you feel in the comments. Stay tuned for the latest DWTS news.