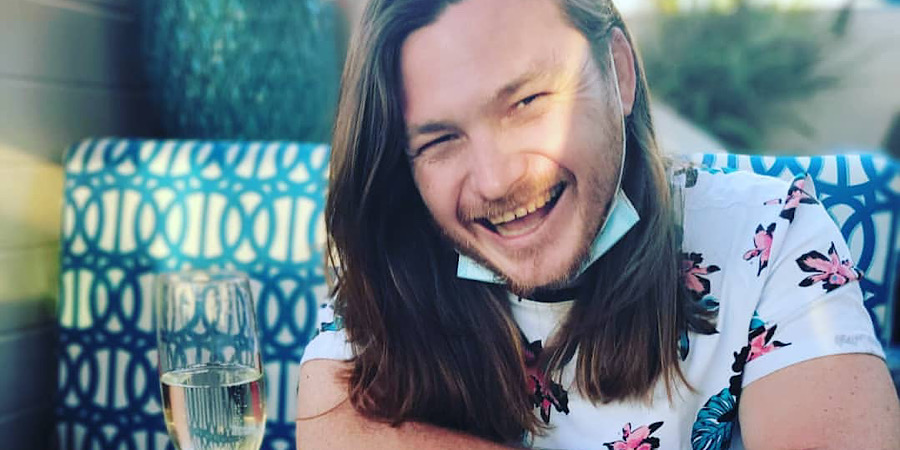 It’s a sad day for 90 Day Fiance’s Syngin Colchester. The Season 7 alum and Happily Ever After? star shared a sad passing on his Instagram. His beloved Jack Russell Terrier crossed the rainbow bridge. Sadly, Syngin was unable to be there when he passed but he paid a beautiful tribute to the pup who will live on his memory.

A Rough Year For The 90 Day Fiance Hubby

Syngin has not had the easiest year. Back in April, People reported on the reality star’s camping trip gone wrong. While camping in Virginia, he decided to take a hike. Ultimately, Syngin fell and hurt himself but was left without cell service to call for help. While attempting to go back and get medical attention, he hurt his other ankle, documenting the whole incident.

“You’re never going to believe this, I just sprained my other ankle. I have f—— two sprained ankles right now. I’m heading back up the hill. Kind of worried. No signal as well.” Luckily, a park ranger was spotted and he was taken to the hospital. He had one sprained and one broken ankle.

Syngin recovered in a local hotel as his wife, Tania was out of the country. “I booked him a hotel for tonight in a town with a train so he can catch one home tomorrow. My sister will pick up, help set him up, and bring food that my gramma will make him.” Most importantly, he had love and support so he could recover. He will need that now to get over this loss.

Saying Goodbye To A Good Buddy

When Syngin came to America from South Africa, he had to say goodbye to his pup. Little did he know it would be forever. He left him behind with his sister, Charys who was always there with him. But, this was his buddy. Syngin noted his dog, named Lion, was there for him when he was in a very dark place.

It appears his dog struggled with a skin condition so there was a lot that had to be tended to there. Yet, both Syngin and Charys stepped up to the plate. Apparently, the condition only worsened as he aged. Nevertheless, Lion was a fighter. Season 8 90 Day Fiance cast member Amira sent condolences as have many followers. One commented: “So sorry for your loss I know the feeling it’s so painful losing our fur babies.”

Another said: “Rainbow Bridge has Welcomed him & he is not in any pain….R.I.P. LION.” It’s very painful to lose a pet, like losing a member of the family for many. Luckily, he has Tania and Charys to lean on during this difficult time.

Don’t miss new episodes of 90 Day Fiance: Happily Ever After? Sundays on TLC and discovery+.