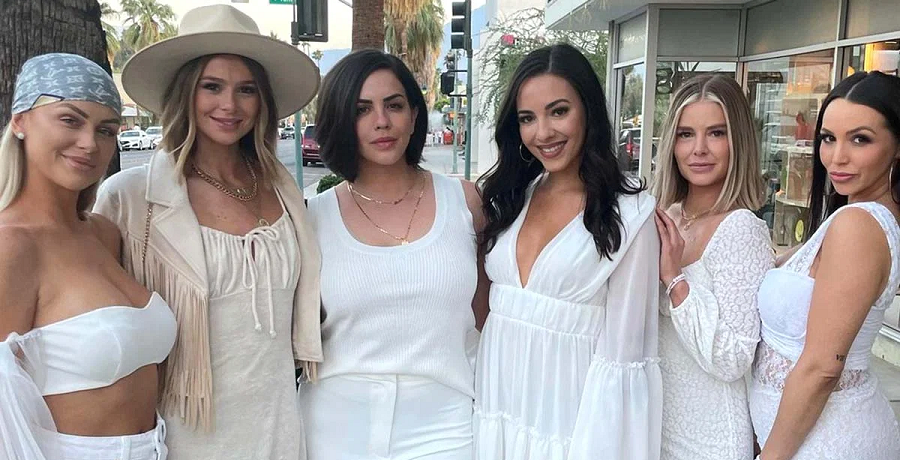 Vanderpump Rules Season 9 won’t include most of the original cast members. Stassi Schroeder, Kristen Doute, Jax Taylor, and Brittany Cartwright won’t be on the show. Also, newbies Dayna Kathan, Brett Caprioni, and Max Boyens won’t return for different reasons. The show is currently filming but it will look different than it did last season.

Bravo cleaned house when it fired most of its original cast members. Lisa Vanderpump addressed questions about whether anyone new will join the show. She confirmed that the new season will have new cast members. Viewers have been wondering what to expect.

Lisa Vanderpump spoke to Hollywood Life about Vanderpump Rules Season 9. She teased that some of the new cast members on the show won’t be upfront and center at first. Some of the new faces will be more in the background. In that same interview, Vanderpump also confirmed who will be back.

“There are a couple of new faces, absolutely, and there are people that maybe didn’t want to be on the show as much come to the forefront a little bit more, but there’s still a very big existing cast,” Vanderpump told Hollywood Life. “You’ve got James and Raquel, Tom Sandoval, Tom Schwartz, Katie, Ariana. You’ve got Scheana and Brock, you’ve got Lala and Randall and you’ve got a couple of new faces. There’s a lot of stuff going on. You can tell they’ve been locked up for a little bit — that’s for sure.”

That means the show will have its share of hookups. Fans are aware that some of the cast members are planning their future weddings or becoming first-time moms. Most recently, James Kennedy popped the question to Raquel Leviss. Lala Kent and Scheana Shay will be mothers in the new season.

Of course, there will be plenty of drama. The two had their own social media feud after Scheana said that Lala didn’t invite her to her gender reveal party. She also claimed that Lala didn’t support her during her devastating miscarriage. Lala and Scheana have since made up, but it could still be addressed on the show.

The firings happened before Vanderpump Rules Season 9 started filming. Former cast member Faith Stowers recalled her experience on the show. She claimed that Stassi and Kristen called the cops on her for a crime she didn’t commit. As a result, Bravo let Stassi and Kristen go.

Around that time, old racist tweets that Brett and Max posted went viral and they were both let go. In December 2020, Jax and Brittany announced they weren’t returning for another season. Dayna Kathan also made the decision not to return for Season 9.

Bravo has not yet announced a release date for Vanderpump Rules Season 9.

‘Siesta Key’ Season 4, Episode 5 Not On This Week & Here’s Why
‘General Hospital’ Spoilers Tease Peter August’s Supposed, True Fate
‘Sister Wives’: Are Kody & Robyn Brown About To Be Homeless?!
Now That ‘Younger’ Is Over, What Is Status Of Hilary Duff’s Spinoff?
Zach & Whitney Bates Finally Hold Baby Jadon In Their Arms: See Photos