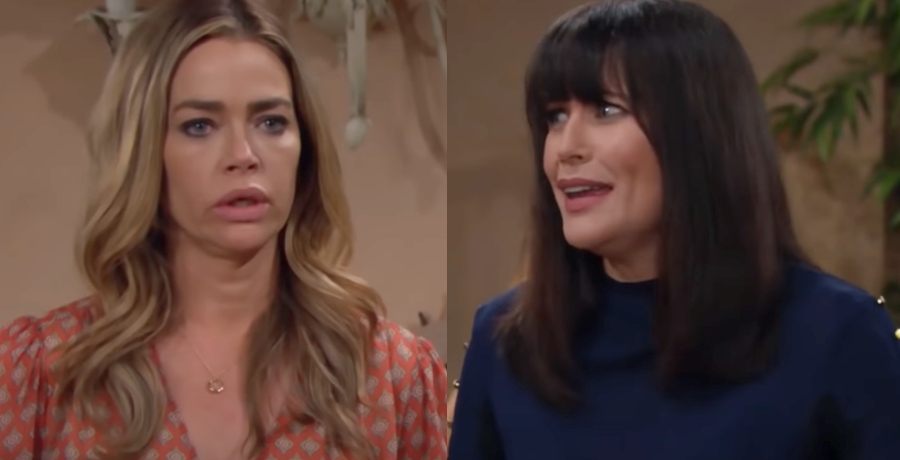 The Bold and the Beautiful spoilers for June 7-11, 2021, reveal a revert back to another story not that Liam’s in jail. We’re back at Forrester Creations where Quinn and Carter still have to figure out how to keep their affair a secret.

The Bold and the Beautiful Spoilers: Secrets Get Out

Quinn (Rena Sofer), Shauna (Denise Richards), and Carter (Lawrence Saint-Victor) are all trying to pretend life is normal around the Forrester Creation offices. Of course, Quinn and Carter still can’t stop staring at one another and when they’re alone they again vow that their nights together have to remain between them — and we guess Shauna since she is now in on this coverup.

Paris certainly can’t wait to gossip and tells Flo all about how her mother slept with Carter. This, of course, did not actually happen. Flo is in shock and confronts her mother. Will Shauna at least tell her daughter the truth or continue with the big lie.

Meanwhile, later in the week Paris overhears a conversation and deduces that it was not Shauna who slept with Carter. It was Quinn, which means she betrayed her sister. And Quinn and Zoe were supposed to be such good friends. Will Paris decide to keep her mouth shut? Once one person knows, it seems like a ripple effect for everyone to know. And if Eric found out, Quinn’s portrait would be taken down forever.

Poor Zoe thinks she is going to marry a faithful man and is on cloud nine, but she may be coming down from that cloud real soon. 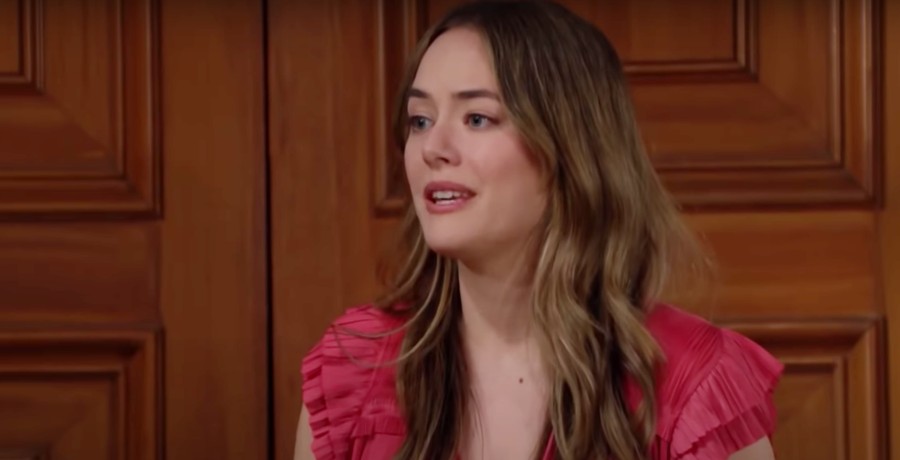 A Desperate Hope and Thomas

Hope needs to find the best defense for Liam so he doesn’t spend the rest of his life in jail. So, she goes to Justin (Aaron D. Spears) and begs him to be the lawyer that Liam needs. Will he be able to represent both Liam and Bill in this mess.

Speaking of a mess, Thomas still is one that Ridge told him that Liam is the one who ran down Vinny. Will he go to the jail to confront Liam — and then lose his famous temper? Ridge is worried this news will cause his son to go back to his old ways and he knows he needs to stop him