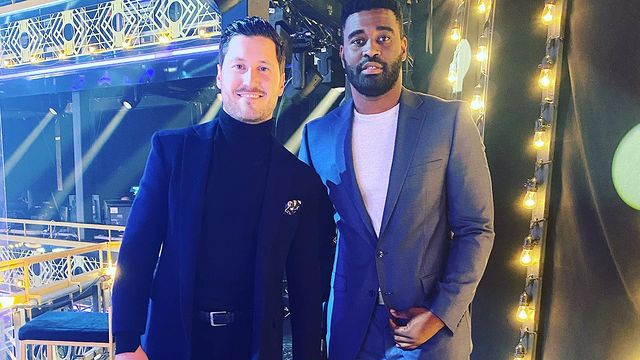 The world of ballroom dance is predominantly white. People of color are very underrepresented on the dance floor. However, Dancing With The Stars professional Keo Motsepe really wants to see that change. And it all could start on ABC before our very eyes.

Keo was the first person of color to join the popular ABC dance show back in 2014. Since then, ABC added a few more, including Brandon Armstrong and Britt Stewart. This is a step in the right direction, but it’s not the end. Keo told Screen Rant that a lot of Black men aren’t involved with dance because there’s a certain stigma that comes with it.

“When kids think of ballroom dancing, they think of tight pants,” the South African dancer told the publication. “Where I’m from, soccer, rugby, netball, cricket, tennis, those sports are considered something for your career. It’s not ballroom dancing because you’re spending money; you’re not making money. You just don’t find a lot of Black ballroom dancers.”

But for Keo, being a dancer is a major opportunity to show how male dancers can be masculine and powerful on the floor.

“I feel like it was a big thing for the show and also for America, having the first African American dancer on the show for the first time. I was representing and also opening doors,” Keo said. “For me, I don’t take that for granted.”

He went on to tell Screen Rant that fans send him Instagram messages and tell him how he inspired their son to take up dance.

“Dancing With The Stars makes it cool — maybe less of the rhinestone shirts and the sparkles but everything else,” Keo joked. “It makes it more attractive for a young kid to look at me and go, ‘Yo, look at Keo, he looks so cool doing the cha cha or salsa.’ That feels great. That feels dope to say because ballroom dancing is dope.”

Other Dancing With The Stars pros comment on diversity in dance

Keo Motsepe isn’t the only DWTS pro to call for more diversity in the ballroom. His co-star Val Chmerkovskiy recently posted about its importance on his Instagram page.

Val reflected on his time competing with singer Normani on DWTS. Partnering with Normani helped him see the need for more diversity in competitive dance.

More change is necessary and welcome, but Britt Stewart says Dancing With The Stars has been an excellent opportunity for her.

“To be the first Black female pro is such an honor, and I definitely don’t take it lightly,” Britt told ET last August. Britt joined the cast of pro dancers in Season 29. “Having this opportunity and position is just so beautiful. I’m so happy to take it on and also be a part of a show that celebrates diversity.”

Perhaps when Season 30 returns we’ll see more diversity on the show. We’ll keep you updated as soon as we know more. Make sure to follow us on social media to stay tuned.

How Is Josie Bates & Kelton Balka’s Baby Hazel Doing In The NICU?
‘Bachelor In Paradise’ Spoilers: Reality Steve Gives Mid Filming Update, Reveals The ‘It’ Couple
Khloe Kardashian Facing Backlash As Fans Accuse Her Of ‘Blackfishing’
Did You Miss This JonBenet Ramsey Reference In ‘Cruel Summer’?
Erika Jayne Just Got Dumped By Her Lawyers — Here’s Why