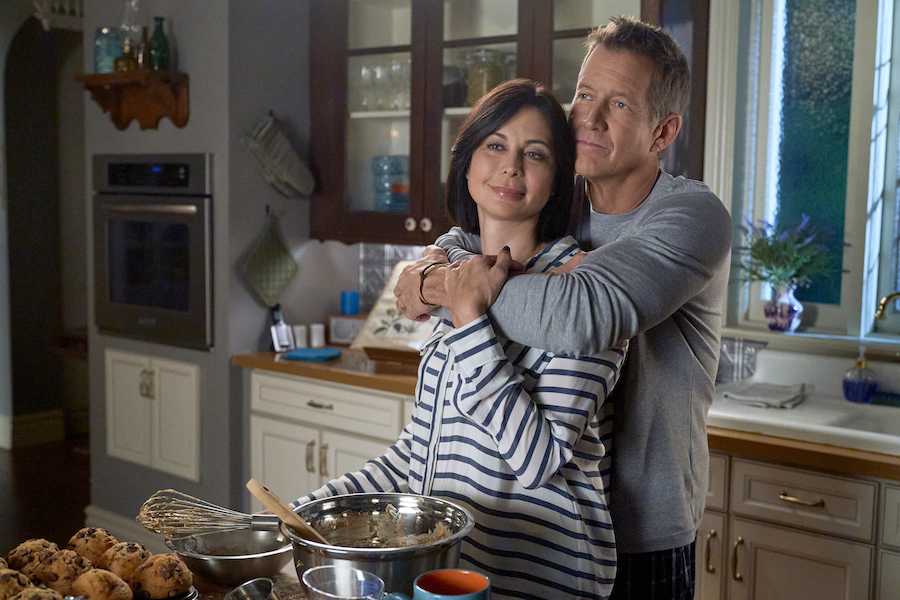 Has the Good Witch suffered from some social media bickering? Recently, the Hallmark series took a chance with an LGBTQ storyline between Zoey and Joy. However, one Facebook group imploded due to some internal conflicts.

Hallmark series like the Good Witch have fun fan groups on social media. But, what happens when something more controversial happens on the show? Do the fans turn on each other. It appears that this does happen. All is not well with the folks who love the people from Middleton.

Just before June 1, the Facebook group, “Fans of Hallmark Channel’s Good Witch Movies & TV Series” was archived. This happened on May 31, 2021. Moreover, fans of the show were not given any sort of warning. The moderators made the decision. The group was shut down.

One administrator, Lisa Viera Colangelo, made the official notice. She wrote, “In that, the group has fallen into conflict, we admins have agreed to close this group.” Again, there was no discussion within the group. That left 26,400 members deeply disappointed.

What Is The Good Witch Storyline In Question?

In Good Witch Season 7, Episode 3, there was a turn of events on the Hallmark show. There is a new LGBTQ romance happening. This is between Joy and Zoey. In addition, Stephanie may have a new romance brewing with a younger guy. Lastly, there was the birth of a baby.

While all three storylines could certainly generate some lively discussion, the LGBTQ romance likely sparked the bad group interactions. Subsequently, the moderators felt that there were no other options on the table. Hallmark is in charge of the content. This is something that the Facebook moderators have no control over.

Depending on the number of comments, and the intensity of the comments, the moderators could have felt that this was overwhelming and not worth their time.

#Goodies, has something come between Abigail @Sarahspower and Donovan @marcbendavid? Find out tonight in the all new #GoodWitch exclusively on @Hallmarkchannel at 9/8c, and don't forget to tweet along with us using #Goodies! pic.twitter.com/APN2RZNGaj

Disappointed Good Witch fans may not understand what it means to archive a Facebook group. This means that the posts are still available for a select group to read. However, you cannot like or comment on the posts. Essentially, the “Fans of Hallmark Channel’s Good Witch Movies & TV Series” now will find their favorite channel is frozen in time.

Moreover, Good Witch fans are not too impressed by the chain of events. One fan wrote on Twitter, “I joined a FB #GoodWitch fan page long ago ’cause I thought the reactions from older folks were adorable. Now with Joy’s storyline, some of these comments are so infuriating. I’m so glad Hallmark channel is taking a chance on Joy’s character with one of their most popular shows…” However, although the other fans are not impressing newcomers, Hallmark is bringing exactly what fans want.

Be sure to catch Good Witch Season 7 on Sunday Nights at 9 p.m. Eastern, on the Hallmark Channel.