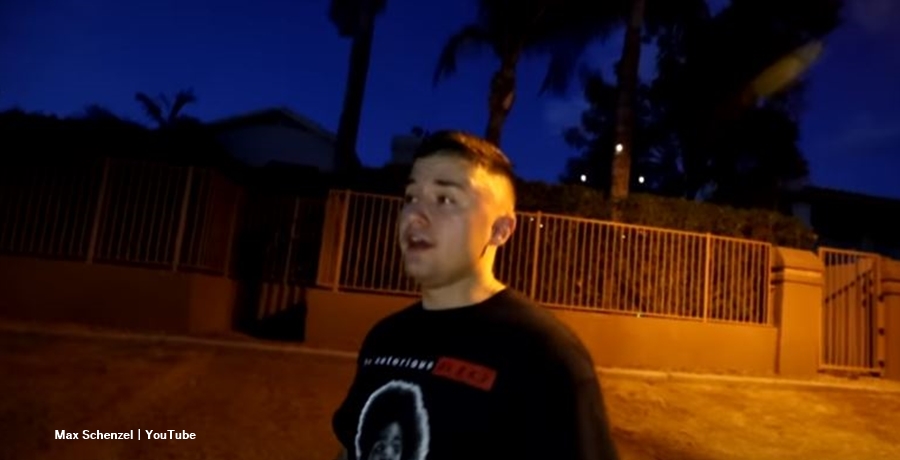 Unexpected star Max Schenzel just can’t get it: Chloe Mendoza wants nothing to do with him. Actually, it’s hardly surprising as he often roasts her and her mom on social media. Recall, the first time fans saw him on TLC, he seemed unfazed about his drug addiction or the fact that he fraudulently used a credit card. She told him that if he goes to jail, “it’s bye-bye daddy.” Of course, he ended up inside, and now Chloe moved on with a new boyfriend, Iann. Max admits he never met Iann, but he already can’t stand him.

Chloe Mendoza first shared photos of her new boyfriend back in late December 2020. She met him at school and he seems like a decent enough guy. It must be a nice change for Chloe, the mom of Ava. It looks like Iann is a big upgrade from her baby daddy, Max. His claim to fame extends to multiple arrests for drug possession, theft, and domestic assaults on Chloe. In fact, at the moment, Max sits under a court restraining order. He can’t contact any of her family, including his daughter Ava.

Unexpected star Max Schenzel also found someone to date. The news came in April this year. Naturally, knowing Max, fans seemed unsurprised that drama quickly arose. For a very brief time, he apparently dated someone named Cassie. At one stage, TLC fans heard rumors that Max got her pregnant. However, she later denied that. Apparently  the couple never really made it as texts emerged that revealed he once told his new woman, “f*ck u.” Plus, he claimed that she broke his heart. Well, he seems obsessed by the fact that Chloe completely rejects him, so maybe she got tired of playing second fiddle to that.

Starcasm weighed in on Unexpected star Max Schenzel who ranted once again on YouTube. As far as they go, they think that Max really shouldn’t criticize someone they never met. It seems that Max is furious as Iann won’t follow him or be his buddy on social media. The outlet noted in an interjection: “If you are dating someone whose ex has an extensive criminal history, as well as an extensive history of creating and exacerbating online drama, then it seems like the mature thing to do to block that person. Especially if there is a child(ren) involved.”

In a very long rant, Unexpected star Max Schenzel called Iann “goofy…[and he’s] straight up goofy.” Well, seeing he admitted he never even met Iann, that seems a bit of an extreme judgment. He wonders why Iann even dates his ex and claimed, “He’s not gonna be a father to Ava. He’s not gonna, you know, do anything that a father should do.” Well, TLC fans never really saw Max make much effort to provide his daughter with any sort of security. Nevertheless, Max is upset and angry as Iann sees Ava, but her dad can’t spend time with her. So, he wants to babysit when the couple goes out “to the movies or out to eat or something.”

What are your thoughts on Max suggesting that if some “random dude” can see his daughter Ava, then he should as well? Is it unreasonable to ask for some babysitting time? Sound off in the comments below.

Remember to check back with us often for more news about Unexpected star Max Schenzel, Chloe, and her boyfriend Iann.