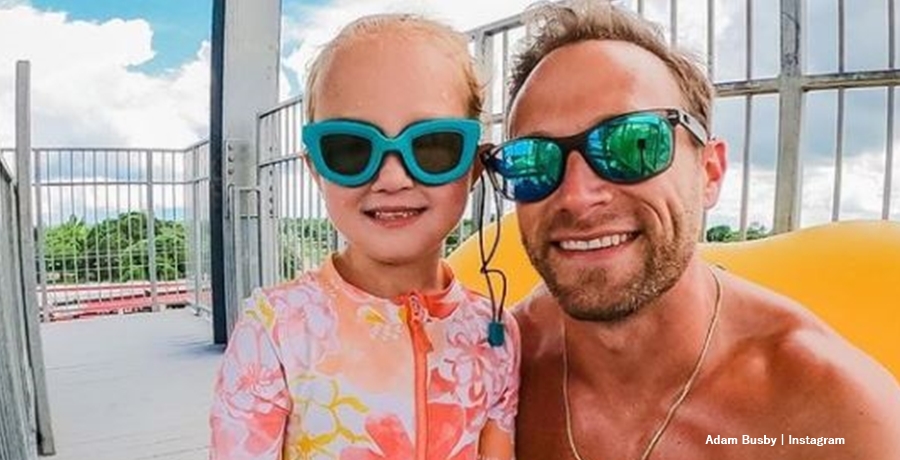 OutDaughtered fans seem to wonder about TLC and vaccinations for Covid-19. Actually, that’s not an unlikely thing to think about these days. After all, the question of masks often arose on social media in the last year. Depending on which show on the network fans saw, the cast sometimes seemed quite flexible on a mask policy. Now that fans see Adam Busby and the family on their summer vacation, someone asked him about vaccinations. Adam kindly replied.

OutDaughtered and other TLC shows on masks and filming

Recently, fans saw the end of Season 8 of the Busby family’s show. At one stage, they saw that the quints’ Uncle Dale tested positive for the coronavirus. Well, possibly the test result came after TLC insisted on it. News about the way the network dealt with the virus involved people self-filming during quarantine. However, as time went by, they started filming with a professional crew again. A number of outlets reported that TLC rapid-tests everyone regularly. Plus, a lot of the time, when filming inside, cast members wear their masks. The question about TLC and vaccinations came on a post about the Busbys on their current summer vacation.

Right now, fans see loads of clips and photos of the whole family visiting Splashway Water Park. It’s the first vacation for the Busbys this summer. In fact, Adam promised his OutDaughtered fans a lot of coverage. Probably, he makes some vlogs and pops them up on It’s A Buzz World on YouTube. One cute photo revealed Lulu feeding her dad grapes as he lazed in the sunshine.  As none of the photos or videos reveal anyone wearing masks, perhaps that’s why a fan wondered if the adults got vaccinated. They asked about TLC and filming and vaccinations.

OutDaughtered isn’t the only show that people wonder about when it comes to masking mandates. In fact, across social media, a lot of people felt that the network took a casual attitude on it. Screenrant mentioned in May that fans grew hot under the collar with the cast from 90 Day Fiance: Happily Ever After?. Despite going into enclosed public places like restaurants, people went without masks. That might make people think that the network introduced a vaccination policy.

Well, according to Adam Busby from OutDaughtered, it looks like TLC doesn’t have a vaccination policy in place. On Friday, June 4, Adam shared a photo and told fans OutDaughtered fans that Hazel tacked a big slide at Splashway. One fan asked, “Are all the adults vaccinated now…?” Adam replied and said that the “crew being vaccinated” or not never stops them from filming.

Did you know that TLC doesn’t insist on Covid-19 vaccinations? Also, they seem a bit flexible on the use of masks as well. Actually, as long as the Busby family remains in Texas, it’s unlikely fans see as much mask-wearing, either. Governor Greg Abbott issued an Executive Order lifting the mask mandate in March.

Remember to check back with us often for more news about the Busby family from TLC’s OutDaughtered.