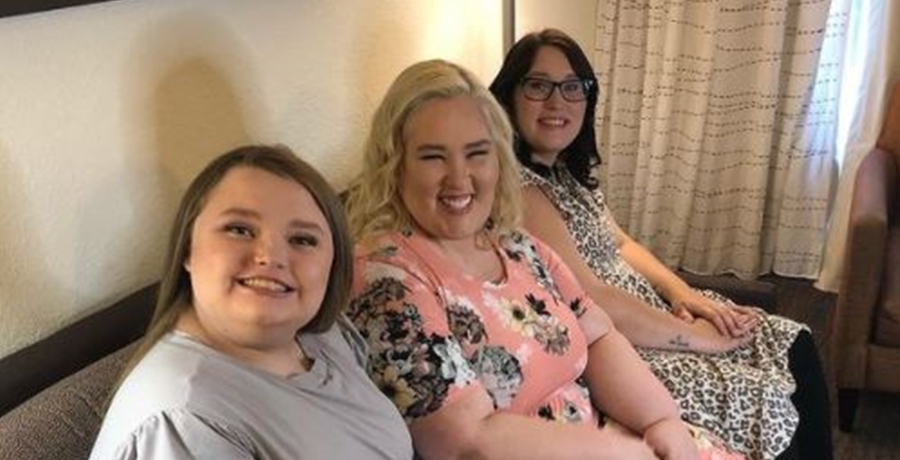 Mama June Shannon looked dowdy and wrecked before she entered rehab. The WEtv star got through rehab and relocated to Florida. There, fans saw clips of her running on the beach and working out. Later, she fixed that broken tooth and styled a new haircut. She started looking way better than before, even though she gained weight. However, her recent posts on Instagram reveal a stunning before and after makeover.

Mama June Shannon went for a makeover after rehab

When fans saw the end of Family Crisis on WEtv, Honey Boo Boo’s mom looked terrible. Everyone across social media agreed she looked like some sort of hobo. However, after rehab, her manager, Gina Rodriguez, arranged a makeover for her and Geno. In rehab, she put on weight, so, it seemed like the time to spruce herself up. Photos revealed that she also went and saw a dentist. So, her big smile came back and she looked way better than she had in a very long time.

During the coronavirus quarantine, Mama June Shannon revealed that they sat around eating all day so she gained about 40 pounds. In fact, a teaser for the Road to Redemption season revealed her guzzling down everything sight. In a later interview, and in the show itself, she blamed COVID-19 for her weight gain. Additionally, some people noted that when people suffer a drug addiction, they often lose their appetite. So, rehab often brings weight gain. Well, she might not be as hot as she previously looked, but she looked great after a more recent makeover.

Triple chin is gone and a healthier look

Hollywood Life reported back after she got her teeth fixed and lipo work to remove her triple chin, that she felt amazing. However, it seems that this week, Mama June Shannon probably feels on top of the world. If nothing else, the people who gave a facial and applied her makeup deserve the shout-out that June gave them. Sharing three photos to her Instagram Stories on Friday, she revealed a photo of herself during and after the procedure. Next, she shared a photo of herself all dressed up and ready to roll.

What are your thoughts on these photos below. Do you agree that she looks unbelievably different after her makeover? Do hope another season comes along soon? Sound off in the comments below.

Remember to check back with us often for more news and updates from Mama June Shannon.