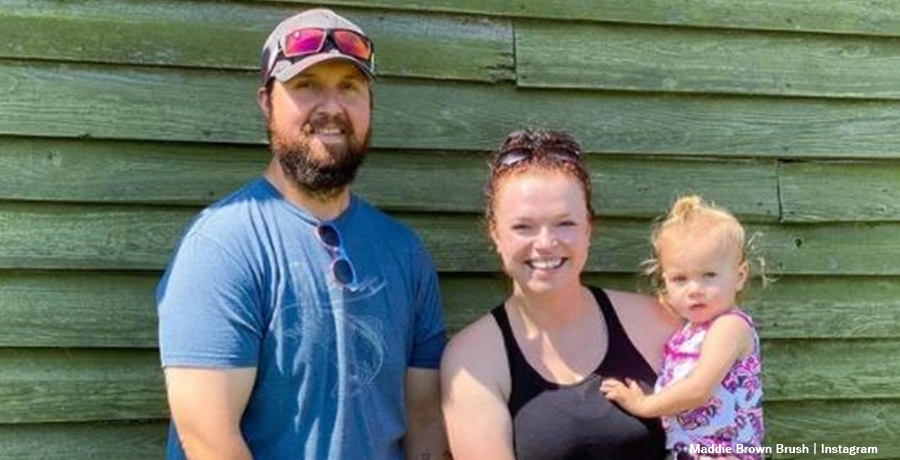 Caleb Brush & Maddie Brown seem like a success. They become engaged, married, and moved to North Carolina. Fans saw them welcome their kids, Axel and Evie, on the Sister Wives show. This week, they celebrated their fifth wedding anniversary. On her Instagram, Maddie gave her husband a deeply loving shoutout. It certainly looks like their relationship seems solid.

Fans often wondered about Janelle’s daughter and her relationship with her husband Kody. Mainly that came about as Janelle previously married Kody’s dad. So, that means that Kody and his second wife are step-siblings. So, obviously, fans wondered about their daughter who ended up marrying someone else in the extended family. Well, they are apparently not blood relatives. Maddie’s husband is the brother of Kody’s sister-in-law, Erica Brush. In a way, fans of Sister Wives feel relieved about that. After all, it’s hard enough keeping track of polygamous extended families.

How Is the ‘Sister Wives’ Cast Truly Related, Are Maddie & Caleb Cousins?

Fortunately, Caleb Brush & Maddie Brown decided they won’t bring in more wives, which keeps things simple for TLC fans. These days, Maddie looks totally stunning. After birthing two kids and being married for five years, she didn’t let herself go. In fact, being a mom and wife seemingly suits her personality. On top of that, she returned to her college studies. Clearly, when they tied the knot, she married a keeper as they always look happy together. You might also recall how she struggled through Evie’s birth and just cried out for her man.

Screenrant reminds readers that Caleb Brush met Maddie Brown when she studied at college at Utah State University in 2015. Soon after dropping out, they announced their engagement in 2015. Then, by 2016, fans saw that they married. Judging by her anniversary shoutout on Friday, June 4, Maddie never regretted her decision. In her post on Instagram, she shared a throwback photo of their wedding day. Then, in the caption, she said, “Thank you for being the best husband, father, confidant, advisor and loving me through all my flaws.”

Maddie Brown also told Caleb Brush, “I will never be able to verbalize my love for you! 💛 Happy Anniversary. 🥂 to many more years!” Her mom, Janelle popped up in the comments and recalled what a “perfect day” their wedding was. Ysabel Paige Brown also sent in her congratulations, as did many Sister Wives fans.

What are your thoughts on Caleb and Maddie living such a successful married life together? Are you happy that she settled for a man who seems like a keeper? Sound off in the comments below.

Remember to check back with us often for more news and updates about Caleb Brush & Maddie Brown from TLC’s Sister Wives.