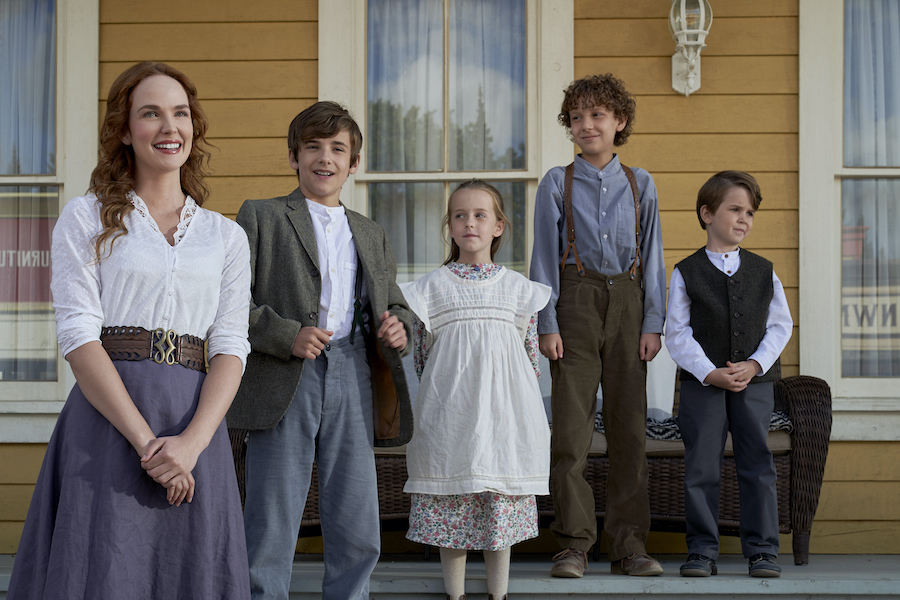 Could there finally be some hope for When Hope Calls Season 2? There is some news this week that should make fans a lot more hopeful. Here is the latest news.

When Hope Calls Fans May Get Season 2

On Tuesday, a When Hope Calls fan went to Twitter to hope for a second season. They asked, “I wish @hallmarkchannel would make season two of #WhenHopeCalls to go with this book. Such a lovely series and still no announcements #Hearties #Hopefuls #Meandyou4season2 @HMNow”

This is the biggest news on the When Calls The Heart spinoff in over a year!

When Hope Calls is the tender story of Lillian Walsh and her sister Grace. Lillian, portrayed by Morgan Kohan, always thought that Grace, played by Jocelyn Hudon, had been dead for years.

When Hope Calls Got Excellent Ratings

According to CarterMatt, WHC had great ratings throughout the season and all the way to the final episode. The television experts even called the feat “remarkable.” That is because the series had aired online. However, live viewership, at that ideal time slot was a winning combination. Over 1.8 million people watched the series this way.

We’re a month away from the premiere of #WhenHopeCalls! RT if you’re just as excited as @jocelynhudonx! ✨☺️ @HMNow pic.twitter.com/AEh62C9Orp

Stay tuned for news. We’re working on a plan. https://t.co/9L82GoKASi

Could When WHC Be Incorporated With When Calls The Heart?

One possible solution to the When Hope Calls situation is that they could incorporate the two shows into one show. Why not put Hope Valley and Brookfield in one show? This may be more practical when filming.

In addition, this would add to the storyline of each show.  Moreover, they could even give When Calls The Heart a much longer season. In 2021, during Season 8, there were 12 episodes, in a supersized season. How about increasing the season to 15 or 16 episodes, and divide the stories between the two towns?

Although When Hope Calls is a When Calls The Heart spinoff. Now, there is another spinoff. According to Parade, there is a new series of When Hope Calls books. The three-book series is written by WCTH author, Janette Oke, and her daughter Laurel Oke Logan. The first book in the series is called Unyielding Hope. The second book is called Sustaining Faith.

Both books offer more stories and fodder for a possible Season 2. Could Brian Bird and the powers that be at Hallmark make this happen?

Stay tuned for any upcoming news! Meanwhile, When Calls The Heart Season 9 should start filming sometime in late summer.