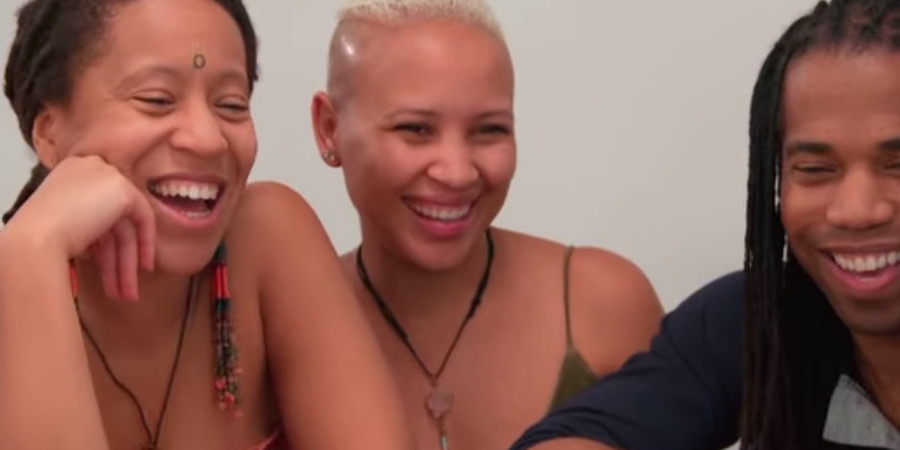 Christeline Petersen is giving Seeking Sister Wife fans an update on her life. Though still in hiding since leaving the Snowdens, she wanted to show her appreciation. The South African mother of two posted on her private Instagram to share the status of her life. She also expressed how thankful she is for everyone who has stood by her along the way.

After Christeline accused Dimitri and Ashley Snowden of domestic abuse, it opened Pandora’s Box. She obtained a temporary restraining order against Dimitri. It was soon dropped due to conflicting evidence. Viewers were torn on how to feel about the family. Yet, former Snowden sister wives soon came out. Not only in support of Chrissy but to share their own stories.

Vanessa Cobbs wed the Snowdens at the end of Season 2. She left the family after the tell-all, no real reason was given. It is said any woman who gets involved with the couple has to sign an NDA. Therefore, Cobbs has remained relatively silent since she left California for Australia. Tayler Monique, who the Snowdens courted along with Chrissy, sent her love after the abuse claims.

Then, there was Ariadne Joseph, an original sister wife. She did not sign an NDA so she spoke to John Yates and corroborated Chrissy’s abuse claims. Joseph went in-depth with her horrific experience, validating Petersen. During all of this, Dimitri filed for divorce from Chrissy. No one knew they had officially wed as Season 3 of the series is still airing. Petersen had left the family with nothing but the former sister wives were ready to rally.

Chrissy had left Ashley and Dimitri’s home in California with nothing. It was just her and her two daughters. Luckily, she had the support of Ariadne and Vanessa. They came together and started a GoFundMe for her. Along with John Yates, it went viral so every and anyone could donate. Other Seeking Sister Wife cast members donated including Sidian Jones. The goal was 10K so Chrissy could buy essentials for her and her kids. It has earned almost nine thousand dollars.

Since its inception on May 21st, words of encouragement have flowed in yet Chrissy has stayed mum. Finally, she has posted an update on how she is doing. Though she cannot say much, she assured her followers she and the girls are doing okay. They are looking to rent in California and are taking homing recommendations.

As to why she cannot say much could be because the show is still airing. Or she could have signed an NDA with the Snowdens. She is also going through a divorce so that could be contributing to her silence. Chrissy will keep followers updated as much as possible.

Watch how the rest of Season 3 plays out when Seeking Sister Wife airs Mondays on TLC and discovery+.