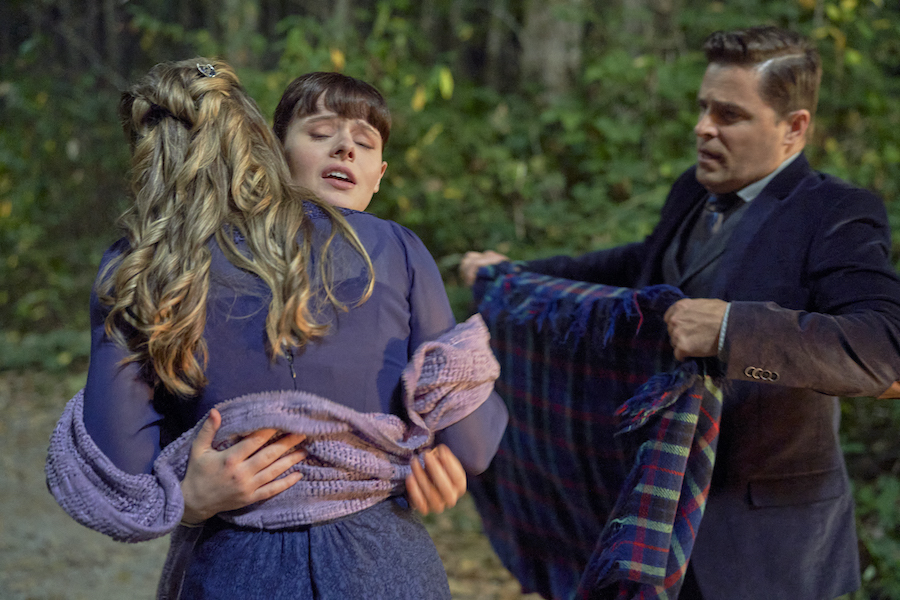 The Hallmark chopping block continues with two more departures. This coupled with more syndicated programming may be leaving viewers confused. What is the latest news on the big changes at the feel-good network?

In addition, a third “lower-level executive” has also resigned. That unnamed person was the Manager of Corporate Strategy.

As with the departure of longtime EVP of Programming at Crown Media, Michelle Vicary, the temporary replacements are men. Ed Georger, EVP Ad Sales & Digital Media will head up the Pricing & Planning team. Meanwhile, Distribution will report to Jon Sichel, the EVP of Legal.

Back in February, there were many layoffs. In addition, Crown Media has reorganized its marketing department.

Back in December 2019, amid Countdown to Christmas, Hallmark found themselves in a very uncomfortable position. The catalyst for change was due to a Zola wedding planning advertisement shown on the network. One of the commercials had two women kissing at their wedding.

The One Million Moms group petitioned the Hallmark Channel to remove the commercial. Hallmark complied. However, the network continued to air the other Zola ads. However, they were heterosexual couples.

This caused a social media cancelation. Viewers were upset at the censorship. People flocked to social media. They protested the network’s content. They asked viewers to #BoycottHallmark.

Immediately, Hallmark made another reversal. Along with this change, they apologized. Moreover, they promised to air more diverse and inclusive stories.

This did not make Countdown to Christmas 2019 very successful. Afterward, Bill Abbott left his position. Along with his resignation, Crown Media promised to bring in someone who will help guide them into more diverse and inclusive programming. Six months later, Wonya Lucas was made CEO.

Where Is Hallmark’s Promised Diversity?

Has Hallmark become more diverse? Currently, the content has seemed to go backward. There is still a lack of diversity in the 2021 movies. In all fairness, they are still transitioning. However, it would be great if Crown Media spoke to their promise to diversify and change.

What Are Hallmark’s Big Changes?

In case you have not been paying attention, Hallmark has been making some pretty big changes to its programming. Home & Family is ending soon. Their podcast the Bubbly Sesh was not renewed.

They have been using more syndicated content, saving oodles of money, but alienating fans who want to watch Hallmark original movies. However, Christmas In July is starting soon, and that could sway viewers who want to see more movies.

It is clear that they are still in the midst of their employee transition, but how soon will the network regularly practice the diversity they promised?

‘The Bold and the Beautiful’ Spoilers, June 21-25: Thomas Gets The Shock of His Life
‘LPBW’ Tori Roloff Slammed For Insensitive Comments About Lilah
Disney Plus Drops ‘Luca’: Stream Or Skip? [Recap & Review]
Danielle Busby Has Mixed Feelings As She Leaves Blayke Behind?
‘Days Of Our Lives’ Week Of June 21 Spoilers: Brady Busts Nicole – Dr. Snyder Dead?