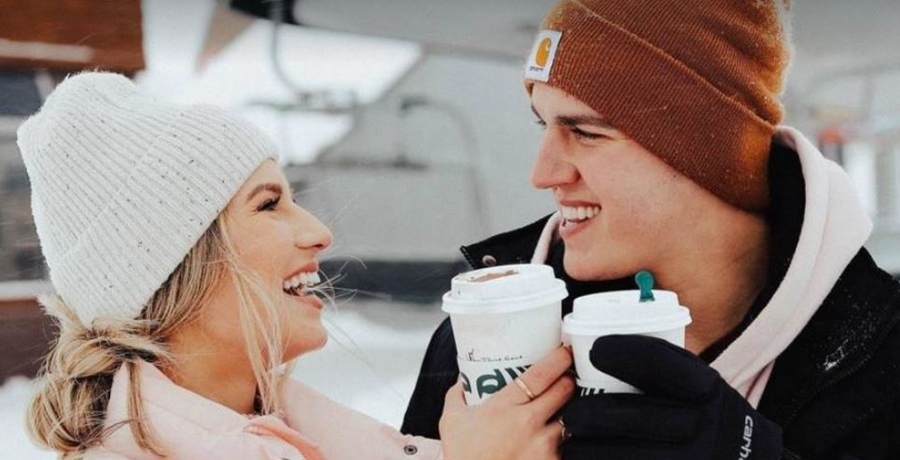 Carlin Bates and her husband Evan seem like a really nice young couple, UPtv fans agree. Of course, since their daughter Layla arrived, they see a very cute little girl. Often, the Bringing Up Bates couple shares videos of their life with Layla on YouTube. Additionally, they don’t hold back on their Instagram account either. This week, Layla’s mom shared about pigtails.

These days, Layla enjoys her pup, Izzy. Back in February, the little family of three became a family of four. At the time, a photo appeared on Instagram of a golden-colored puppy. Just like her daughter, the cute pup sported a bow in her curly hair. In the caption, Carlin told her Bringing Up Bates fans, “A new member joins the Stew Crew!” Other photos reveal that the pup became attached to Layla. Maybe, the cute dog with a little tail made her happy enough to let her mom experiment with pigtails.

Actually, Carlin Bates posts up so regularly, that UPtv fans feel almost like they know the kid personally. They visited the zoo, and fans also see that sometimes, Evan takes on the role of “mom.” Plus, they also shared the moment when their daughter started crawling, and much more. Evidently, Evan’s a good dad and Carlin’s a devoted mom. Actually, fans hear rumors about them expanding their family again. Apparently, Evan considers more kids, which seems normal in the Bates family. Right now, he looks willing to go along with almost anything to keep his wife and daughter happy.

Part of the pigtail club now

This week, Carlin Bates posted a sweet photo of herself twinning with Layla on Instagram. They both wore their hair in pigtails. Naturally, in the comments section of her post, fans thought they looked super-cute together. One follower said in the comments, “Lol technically Evan’s hair is long enough on the top he could [match] pigtails with bows to! 😂 [sic].” Well, perhaps that sparked the initiation of her husband into the pigtail club!

Later, Carlin Bates shared some photos on her Instagram Stories. In fact, she looked very pleased with herself. Sitting in the car, she revealed that she put pigtails in her husband’s hair. No doubt, Bringing Up Bates fans howl with laughter as he looks very bemused with his new style.

What do you think of Evan Stewart being such a good sport with Carlin Bates and Layla? Do you agree he looked cute with pigtails? Sound off the comments below.

Remember to check back with us often for more news about Carlin Bates and the rest of the family in UPtv’s Bringing Up Bates.