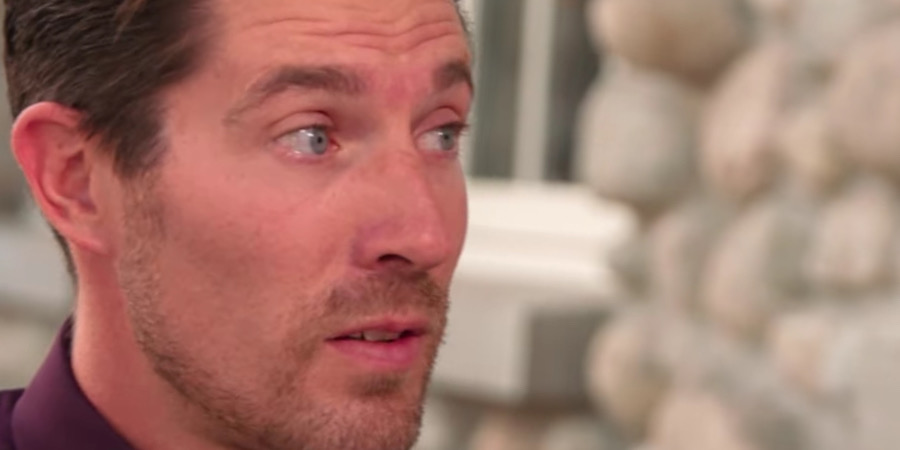 Garrick Merrifield claimed God led him to polygamy on Seeking Sister Wife. Along with his wife Dannielle, they believe a higher power has driven them to this lifestyle. However, fans do not believe any of Garrick’s choices are very Godly. He has had premarital relations with their potential sister wife, Roberta. Additionally, Garrick and Bert are planning a child out of wedlock. So, what has truly prompted the Merrifield’s into polygamy? Here is some insight.

When viewers first met Garrick and Dannielle, they were very clear religion was a big part of their lives. Garrick claimed he heard a calling a few years prior. It was his destiny to enter a plural marriage. “So, the way I see it is, living a plural lifestyle is a great way to follow Christ and to be like him, and we felt that we were called to live this way,” he shared.

Though Dannielle was not a fan at first, she said she prayed on it until she became comfortable with the idea. Then they met Roberta from Brazil on a polygamist dating site. Eventually, they all flew to Mexico and on night two, Garrick proposed and the two were intimate.

In order to bring Roberta to America on a K1 visa, the Merrifields had to get divorced so Garrick could marry Bert. They perjured themselves by saying the marriage was beyond repair. Right after, they flew to Mexico for eight days to be with Bert. Garrick was intimate with her the whole time and on the latest episode, they have headed back so the duo can attempt to make a baby. They are without a wedding or a visa.

Whenever Dannielle cites the Bible for her concerns, Garricks disputes it. Is he really in this for religious reasons?

What Drew Garrick To Polygamy?

Garrick does preach he is in polygamy for religious reasons. Yet, Starcasm has concluded his behavior goes much against Christianity. At least as far as his fans are concerned. As aforementioned, there is no courting process between him and Roberta. This was seen with the Winders and the Browns from Sister Wives. There was no intimacy between Kody Brown and his fourth wife, Robyn until after marriage.

Garrick is seen praying he and Roberta’s reproductive systems cooperate while in Mexico so she leaves pregnant. They are over the idea of even getting married and gung-ho on babymaking. Dannielle is still experiencing jealousy from their second Mexico trip. Garrick hopes God will deliver her from her jealousy.

Fans believe Garrick is using religion as a cover-up to allow him to be intimate with Roberta. In essence, he wants his cake and to eat it too. That is what polygamy really means to Garrick. What are your thoughts? Don’t miss Seeking Sister Wife Mondays on TLC and discovery+.