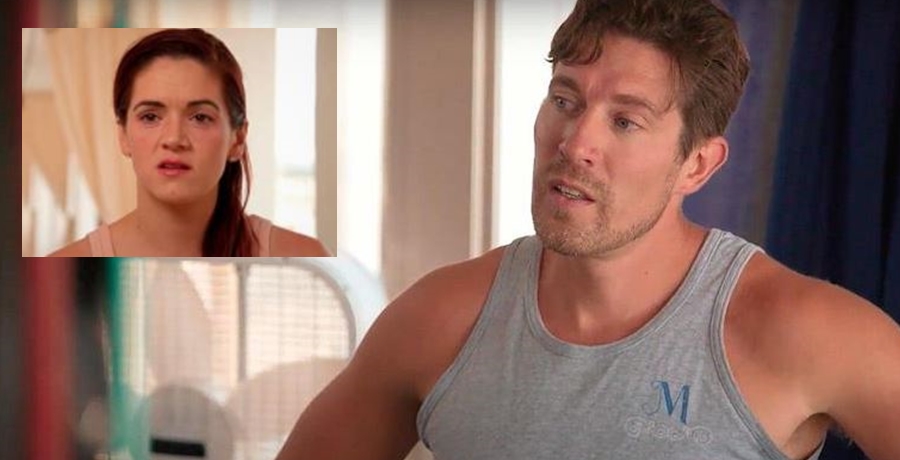 Seeking Sister Wife fans love a villain that they can slam. However, Garrick Merrifield genuinely inspires a lot of hate. Actually, so much, that it’s impossible to think anyone could be that horrid. Even with careful editing to make him look bad they probably couldn’t create such a monster, TLC fans believe. Among many enraged fans, one of them suggested that psychology students study him.

If you never yet watched Season 3 of the TLC show, then you miss out on drama. Not just any old run-of-the-mill drama, either. Actually, Paige McGee in Season 2 found a lot of critics. So too, did Dimitri Snowden. In fact, this season he ended up accused of abuse. Nevertheless, of all of them, it looks like Garrick takes home the hate pie when it comes to cruelty and gaslighting. Fans already know that he divorced his wife Dannielle to marry his Brazilian girl, Roberta. Only, that never happened. However, they made a plan to conceive a baby.

Actually, fans hated it when Seeking Sister Wife revealed he and Roberta invited Dannielle to share a bed in Mexico. That happened on their first meetup. While she dressed for bed, they engaged in a quickie and cheated on her. When Roberta confessed, Garrick sat there grinning inanely like he got the best of all worlds at once. Clearly, Dannielle felt betrayed and hurt. However it gets worse, and now that he and Roberta try for a baby, fans feel beyond angry. Most especially, as they repeatedly see him tell Dannielle it’s what God wants.

The Cinemaholic notes that it’s unclear if Roberta and Garrick from Seeking Sister Wife eventually married. Meanwhile, TLC fans just hope Dannielle left and went her own way. For some very obscure reason, Dannielle’s parents and kids accompany her to Mexico where he thrashes away attempting to conceive a baby. Hopefully, that part of it was scripted by the producers. After all, fans agree that Garrick makes Dannielle’s life a living hell. They found lots to say about him this week.

On Twitter, one Seeking Sister Wife critic noted: “Everyone: We all hate your: -lies -gaslighting – claim God lead u to this -Selfishness -cruelty to [Dannielle] -soul-less eyes -breathing in & out – everything about u, basically.” Many similar comments rolled in. This one reveals the depth of dislike for the man:

“Garrick be like: Don’t cry Dannielle, remember what God said.. Corinthians 16:13: Thou shall get fake divorce and lay with your side chick, have a baby out of wedlock all while emotionally devastating your mentally delayed wife. GodsPlan.”

What are your thoughts on Garrick’s hectic gaslighting? Does he enrage you? Should psychology students study him? Sound off in the comments below.

Remember to check back with us often for more reactions from fans about Garrick on TLC’s  Seeking Sister Wife.

‘Deadliest Catch’ Captain Keith Colburn: How Is He After Battling Covid?
Exclusive: ‘North Woods Law’ Returns To Animal Planet For New Season, Preview
Todd Chrisley Talks About People Who Stab Him In The Back
Erika Jayne Promotes ‘RHOBH’ Amid ‘The Housewife & The Hustler’ Debut
Michael And Angela Deem Milking Their Baby Issues On ’90 Day Fiance’?