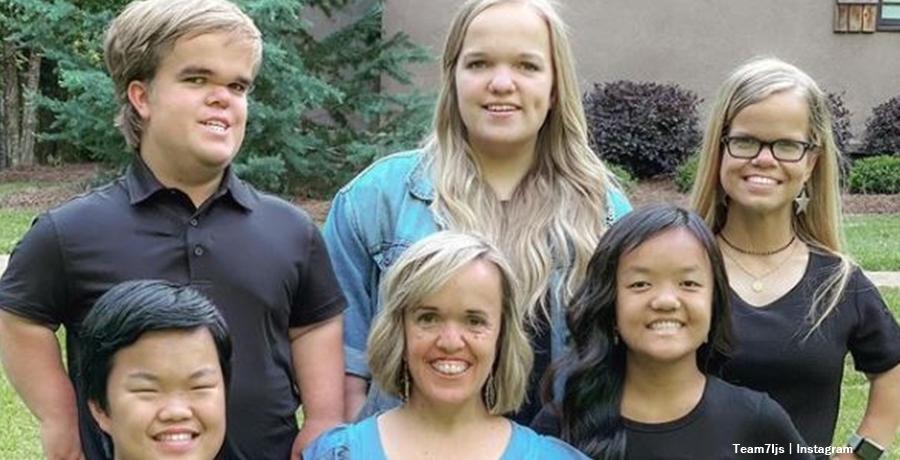 The Johnston’s net worth seems of great interest to fans of the 7 Little Johnstons on TLC as Trent & Amber own a nice home. Plus, the older kids move out of the house which might cost them some money. Additionally, both the parents and the kids work for an income. So, what do they earn per episode of the show?

The Johnstons’ net worth estimates

Fans saw that Trent & Amber helped one of the kids move out of the house. Actually, fans know that Liz, Jonah, and Anna all move out. So, many of them wondered if their parents foot the bill for all that accommodation. However, Trent denied that and said that they all work, study, and pay their own way.

Do Trent And Amber Johnston Pay For The Older Kids’ New Digs?

Well, some fans seemed glad about that as their parents work, but not in high-powered jobs. Some fans only recently discovered that Amber works as a teacher these days. Meanwhile, Trent continues with his college grounds and handyman job. However, fans wonder just how much they earn from TLC per episode.

The Johnstons’ net worth might put them in a “similar income bracket as the Duggars,” Distractify speculated in early June 2021. Additionally, the outlet noted that “the combined net worth of the family is thought to be between $1 million and $5 million.”At least, TLC fans think that might be true, given their 10-acre property, large home, and a rumored swimming pool. Additionally, last season, fans of 7 Little Johnstons saw that Trent & Amber constructed a little love nest and carried out more refurbishing.

Could the family be as well-off as Jim Bob Duggar because of TLC?

The Johnstons’ net worth might not be as much as the Counting On patriarch. Possibly, they don’t earn as much per episode. Meaww reported that “Jim Bob and Michelle Duggar were paid a massive amount of $25,000 to $40,000 per episode during the filming of 19 Kids and Counting.” Actually, nobody really knows as Trent & Amber never publically disclosed their earnings or assets.

The Johnstons’ net worth certainly looks rather good, though. After all, they own a nice home in a nice part of town in Georgia. Plus, the kids all earn their own money online or by actually working. Certainly, given that teachers and grounds supervisors don’t pack away millions each year, their pay per episode probably puts them in the TLC upper-earnings bracket.

What are your thoughts about the idea that they might equate to the Duggar family when it comes to assets and money or payment per episode? After all,  the Duggars appeared on reality TV years before. In fact, even before 19 Kids and Counting appeared on TLC. So, possibly, they earn less than the Duggar family per episode. Nevertheless, Jim Bob feeds a much larger family and of course, Josh’s legal fees probably ate into their funds.  Sound off in the comments below.

Remember to check back with us often as more confirmation might arrive about Trent & Amber Johnstons’ net worth as time goes by.