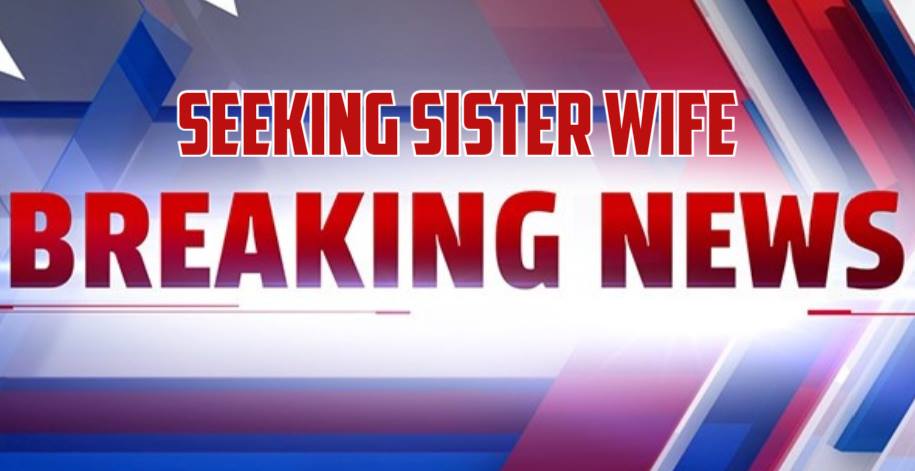 The Alldredge family took to Facebook less than an hour ago to confirm the end of a marriage. According to a very pained Facebook post, their marriage with Donna is officially over. The post reveals this wasn’t easy for them to share.

“It’s hard to know how to even begin a post like this. I’ve wracked my brain for a long time trying to find the right words. And even though I don’t feel any closer to finding them, it’s time.” The post begins as the Alldredge family clearly struggles to share this breaking news with Seeking Sister Wife fans.

Our marriage with Donna is over. We have been physically separated since November and the decision to end the marriage finalized in April.” 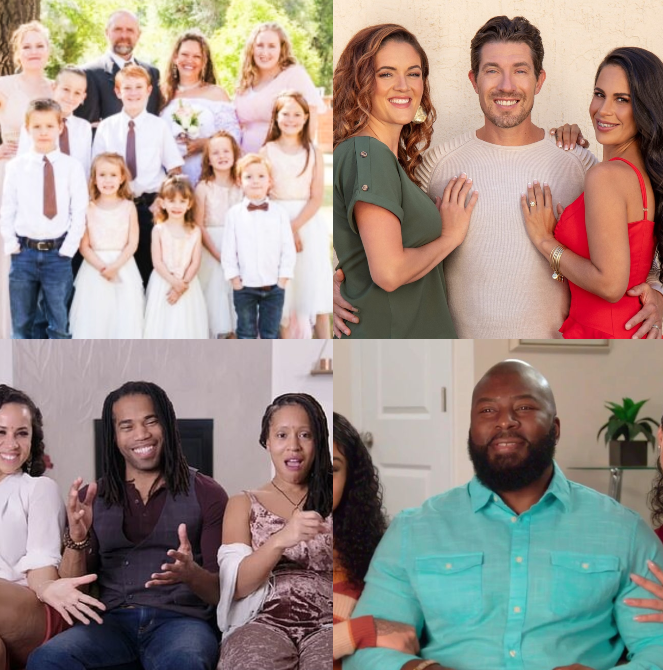 Wait, Why Did The Marriage End?

Now, the Alldredge family did admit on Facebook there were “reasons” why they decided to end their marriage with Donna. They, however, also admit they do not feel up to sharing those details with Seeking Sister Wife fans at this point in time. So, as far as breaking news goes, fans will just have to be happy with knowing the marriage is over without knowing why.

The family penned at the end of their post concluding it with a sad emoji: “And now I’m wracking my brain trying to find the right words to end this post, but nothing is coming.” 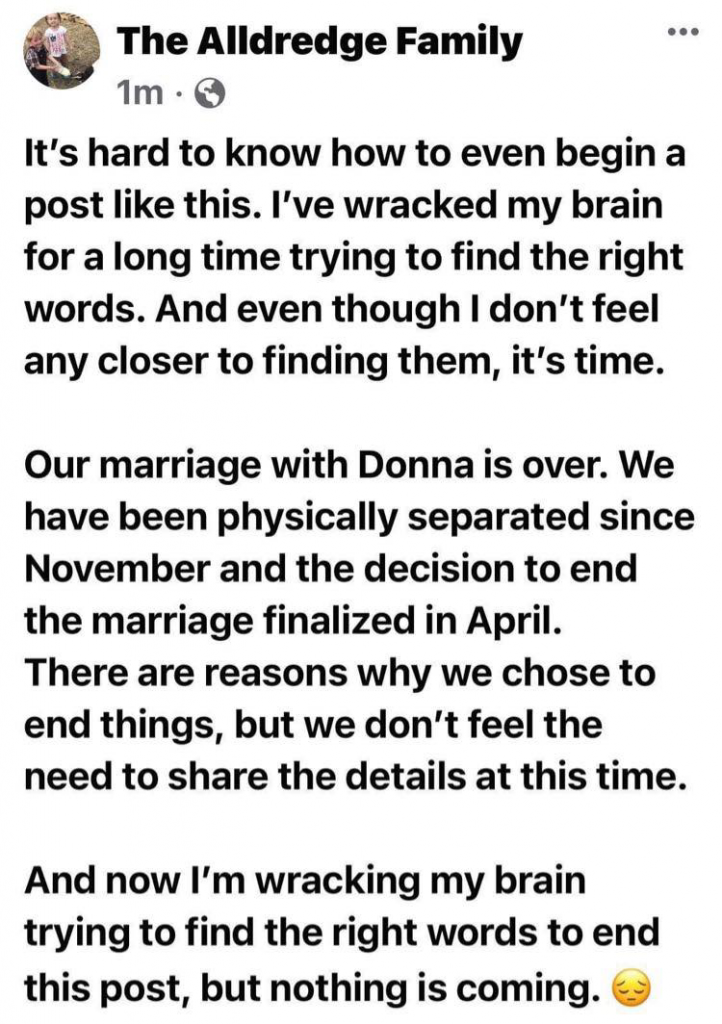 Fans of Seeking Sister Wife were devastated to learn the family’s marriage with Donna has come to an end. That being said, they were super understanding of the lack of details about why. In fact, most noted the family shouldn’t feel the need to divulge any details.

“I’m so so sorry to hear this. My heart goes out to you. I know how much love y’all had for mama Donna. Y’all have such a beautiful family, sending y’all love.” One fan penned in the comments of the Facebook post. Many other sympathetic comments poured in. 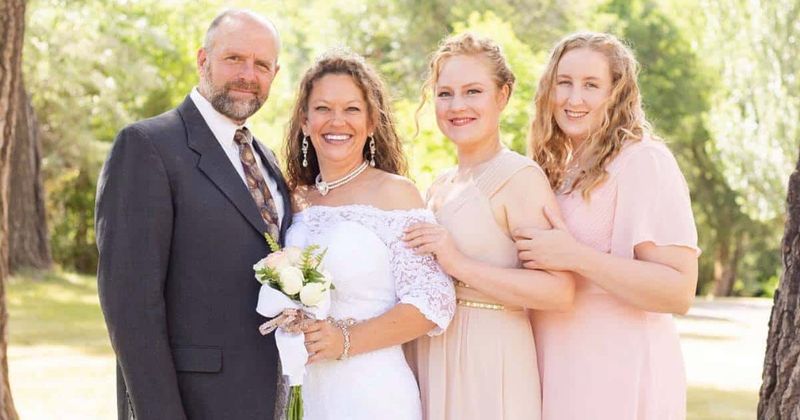 Are you bummed by this Seeking Sister Wife breaking news? Did you expect the Alldredges’ marriage with Donna to come to an end? Share your thoughts with us in the comments. And, keep coming back to TV Shows Ace for the latest TLC breaking news!

Todd Chrisley FINALLY Meets His Match: A Store With Nothing To Buy
Jinger Vuolo Takes Huge Step, Admits How Broken She Was
Savannah Chrisley Shares Reason For Her ‘Heavy Heart’
Amy King Releases Bizarre Photo Amid Not Wanting To Be In The News
‘Young And The Restless’ SURPRISE Secrets: Ashland Locke Related To Prominent Family?