It was recently reported that Return to Amish star, Jeremiah Raber, is sporting a new handsome look. When he posted before and after photos on Instagram, asking which looked best, the general consensus among fans was that he looked much better with his shorter locks. A clip initially posted to Instagram didn’t tell the whole story. In it, he does mention that he doesn’t have a choice about getting his hair cut. However, that clip didn’t explain why. Some thought Carmela had told him to cut it, others believed it was because of the hot weather. It turns out a live Instagram video gave the whole story.

In a further live video by Jeremiah posted on YouTube, fans get to hear the whole story. As he drives along to Vancouver, Washington and the barber, he wants to explain why he has to cut his hair. As his fans likely know, Jeremiah doesn’t like to keep silent when he is upset about something. He told fans they aren’t even filming the next season of Return to Amish right now.

Raber’s contract states that he must not make drastic changes to his appearance while the series is ongoing. In fact, Jeremiah has to now keep it short until the network stops filming the entire reality show.  The problem is that, even though they are not filming right now, he goes live regularly on social media. This means Jeremiah has to retain his usual look.

After collecting much-needed coffee and water at McDonald’s along the way, Raber continued his journey to the barbershop. An interesting fact came out at that point, as he admitted he far prefers McDonald’s coffee to Starbucks.

When he arrives at the mall, Jeremiah poses for a series of fun images of his long hair. However, while upset at cutting his hair, he did add that as he has to get it cut, he is going to get it cut “damn short.”

The image below shows the before and after images and he does, admittedly look handsome with the shorter look, as agreed by his fans. 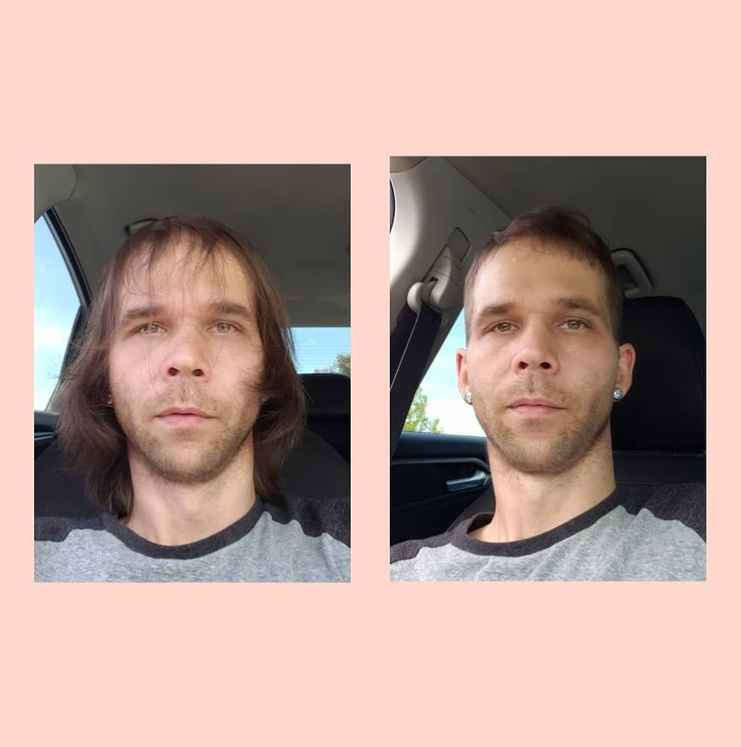 Among the comments to the video, fans agreed that Jeremiah shouldn’t have to get his hair cut for TLC, especially when not filming. Some people commented on the fact that 90 Day Fiance is also part of the TLC network and yet Tania’s husband, Syngin Colchester sports very long hair. He started fairly short but has gradually let it grow really long. Syngyn and Tania will be starring in a new spinoff, 90 Day: Foody Call. Does this mean the rules only relate to Return to Amish?

Readers, do you think it is fair that TLC insisted Jeremiah get his hair cut short? Especially with them not filming Return to Amish right now? Drop a comment below.