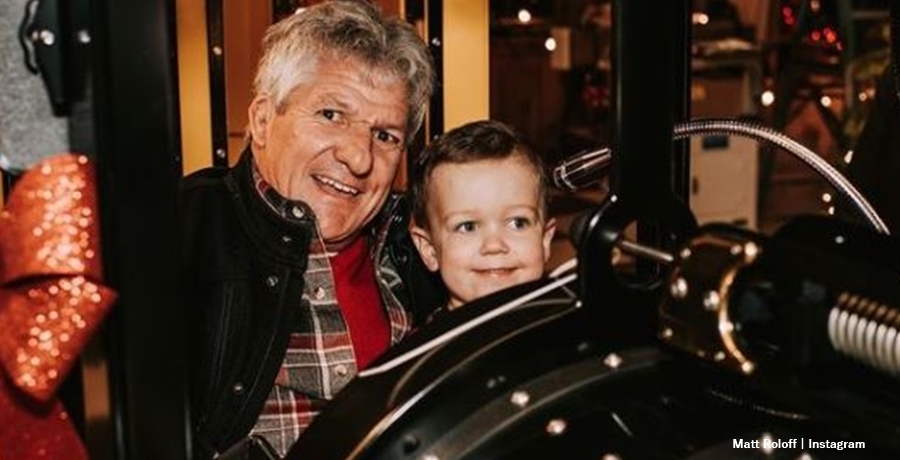 Matt Roloff treasures the special moments and memories of his legacy and more came out about this on TLC’s LPBW this week. Actually, while the patriarch of the show might sound sentimental as he ages, he obviously cares very deeply about how the kids and grandchildren continue his legacy on the farm. Additionally, he’s getting older now and his thoughts turn to a time when he might not be around anymore. Titled Hidden Secrets, fans saw how he buried capsules for the little kids.

Is the patriarch of the long-running show becoming soft in his old age? TLC fans might have been astonished when he said that he really missed Amy during the last Pumpkin season. Then in the Hidden Secrets episode on June 1, he seemed concerned about going to heaven and planning something special for the grandchildren. Is he getting softer or is he really fearful that his life might end soon without loose ends tied up? These days, he often talks about the farm and his kids.

The Matt Roloff treasures that he plans for the grandchildren probably relate to the fact that he hopes the kids jointly take over the farm.  Probably, he hopes to influence his grandchildren long after he’s gone. At about 60, people tend to think about these kinds of things. Actually, he turns 60 in October this year. While he recently claimed he’s not ready for retirement, the day will inevitably come. In the meantime, the latest episode of TLC’s LPBW revealed him explaining to Caryn about his treasure.

A sandbox with precious things and gifts for the grandkids

In the episode, Caryn seemed a bit concerned about the Matt Roloff treasures that he plans on planting in a special sandbox. She talked about him not yet being ready to pop off. However, as the show progressed, TLC fans saw that he made special capsules. Inside, he puts in notes and precious objects. For example, one thing is a Bible, with highlighted verses that mean a lot to Grandpa. Also, he threw in some fishing hooks so they can learn about survival techniques. Other inspiration things also went in the capsules.

Encouraging the grandchildren to hunt for the Matt Roloff treasures in the sand, he also intended on throwing coins in the sandbox. He hopes it keeps the next generation inspired to keep on digging.  Later, fans also saw that he involved Jackson who helped him put the notes and special mementos in the capsules. In fact, the cute little guy added some of his own things into some of them.

What are your thoughts on the way the Little People, Big World patriarch plans on dispensing his heritage to his grandchildren? Sound off in the comments below.

Remember to check with us often for more news about how the Matt Roloff treasures work out for the grandkids on TLC’s LPBW.