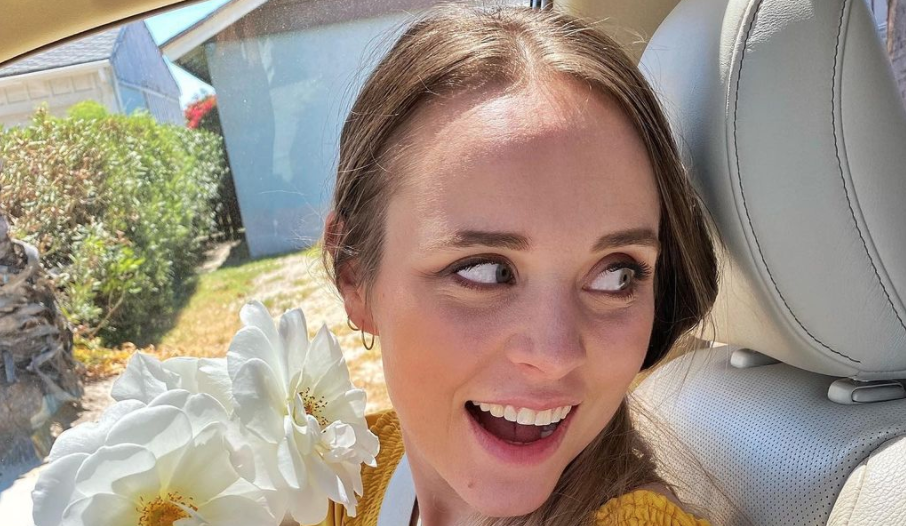 On Tuesday, Jinger Duggar Vuolo shared a new post on social media, promoting a recent interview. The Counting On star wrote in her caption, “Jer & I did an interview with @foxnews about ‘The Hope We Hold’ where we really opened up about what motivated us to write a book and how our relationship flourishes even during difficult days!”

In the interview, Jinger and Jeremy chat about their book, and they also open up about Jinger’s miscarriage and the death of her grandmother, Mary Duggar.

While the interview seems to be a way for the couple to promote their book, it’s unclear if it’s going to help. Fans aren’t impressed with the interview.

In the comments section of Jinger’s post, where she promoted the interview, she’s getting some pretty negative feedback. Not too many of her followers seem to be happy about this interview, and they are all citing the same reason.

Others are chiming in, saying the following:

Plenty of Jinger’s followers are saying that they may not buy her book now because of this. It’s unclear how this interview will truly impact the Counting On star’s success. 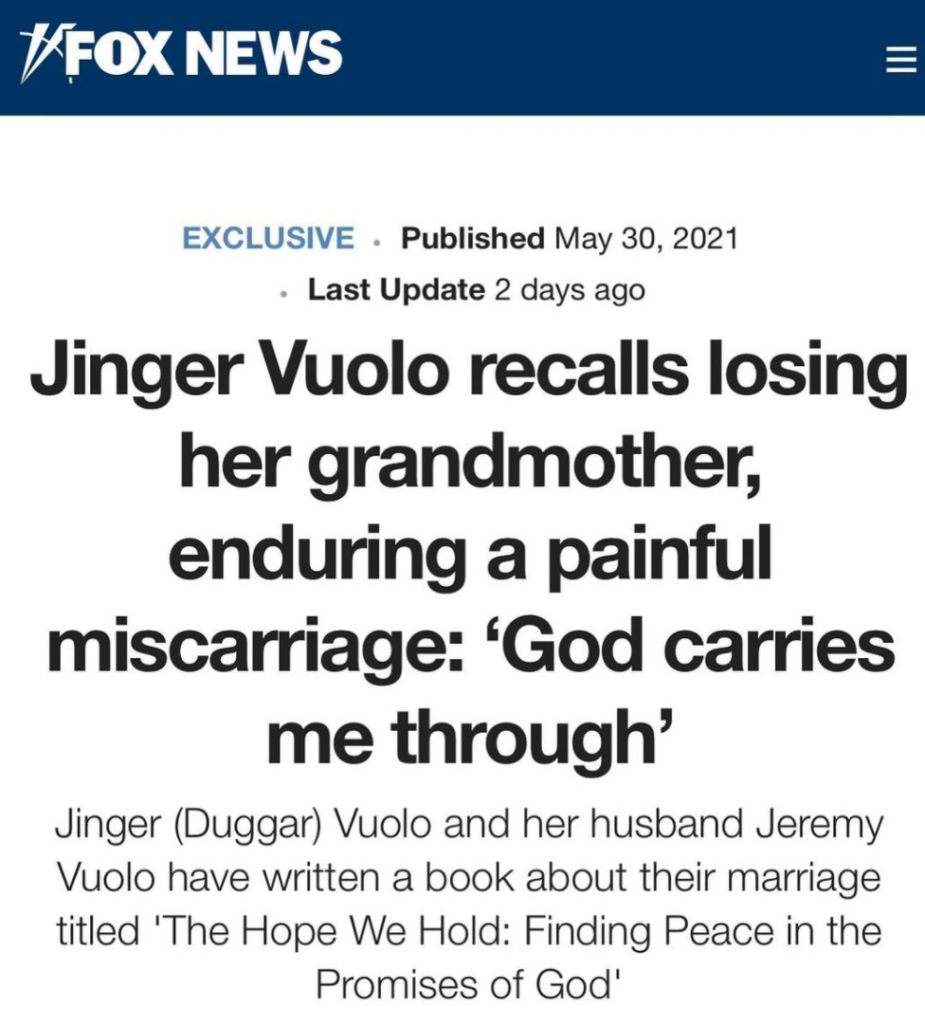 So far, Jinger has yet to respond to any of these negative comments. She hasn’t deleted the post or made any changes to the caption. But she did share a new post shortly after promoting the interview. She simply posted a photo of Jeremy and wrote that she is thankful for him. So, it’s possible that she was attempting to distract from the Fox News post.

So, what do you think of Jinger Duggar Vuolo’s recent interview? Do you have a problem with her interviewing with Fox News? Let us know your thoughts in the comments below.

For more news about the Duggar family and TLC’s Counting On, check back with TV Shows Ace.

You can read the interview here.