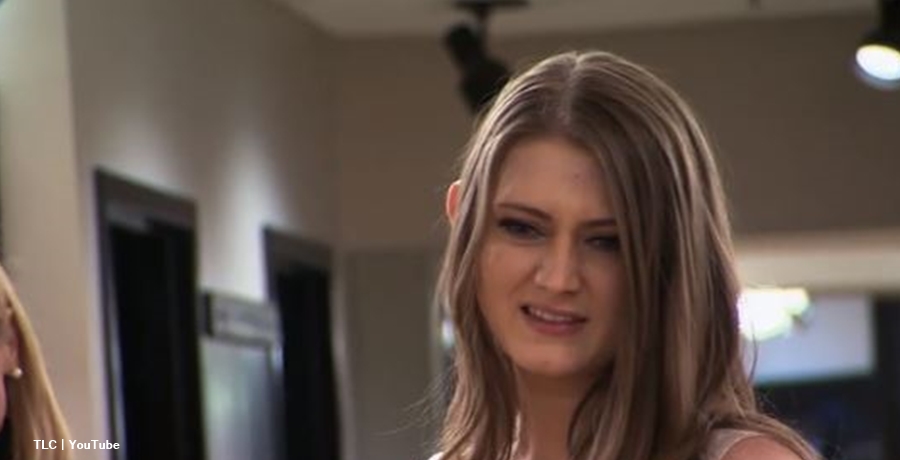 Jessica Seewald appeared on TLC’s Say Yes To The Dress: Atlanta. Of course, fans of Counting On and 19 Kids and Counting also know her as the sister of Ben, Jessa Duggar’s husband. Dwight Phillip Lester tied the knot with her in May 2019. Both police officers, they looked wonderfully compatible. However, just over two years down the road, she filed for a divorce. As you can imagine, in the Duggar clan, that’s a huge no-no.

We reported that when Jessa accompanied Ben’s sister on Yes to the Dress: Atlanta, that she felt her choices were inappropriate. Of course, Counting On fans know that Jessa’s a Duggar to the core. So it came as no surprise that she felt the dress seemed immodest. She believed that the low neckline seemed way over the top for a wedding. Finally,  Jessica settled on two choices, but they both came with low necklines. Well, her family’s almost a religious as the Duggar clan, so her family didn’t like the choices by the rebellious woman.

People Magazine reported that Jessica Seewald accepted Dwight Phillip Lester’s proposal back in December 2018. When they married, she sounded ecstatic, saying, “Best moment of my life.” Well, clearly her best moment was very fleeting as she filed for divorce on May 21, according to Without A Crystal Ball on Instagram. Meanwhile, The Sun UK reported that “Jessica also deleted all her photos of the couple and changed her name on Instagram.” Obviously, she’s not shouting out the reasons for the divorce from the rooftops.

Will the divorce blow back on Ben and Jessa?

Counting On fans know that Jessica Seewald comes from a religious family. After all, Ben and Jessa once said on the show that they consult the Bible to help their marriage survive any hard times. Hopefully, Jim Bob doesn’t extend his predictable wrath onto his daughter and son-in-law. Divorce won’t sit well with anyone connected to his TLC family. Meanwhile, it’s unlikely that Jessica cares very much. After all, she is a police offer and therefore probably saw much more of life than any of the Duggar daughters.

Hearing the news, one Jessica Seewald fan commented on Instagram, “Hope she’s doing ok! It’s sad that it ended in divorce, but I’m happy that she doesn’t feel pressure from the people around her to just stay in an unhappy marriage!”

What are your thoughts on Ben’s sister divorcing her husband after such a short marriage? Do you think it might blowback on Jessa with Jim Bob? Sound off in the comments below.

Remember to check back with us often for more news and updates about Jessica Seewald, Jessa’s sister-in-law.