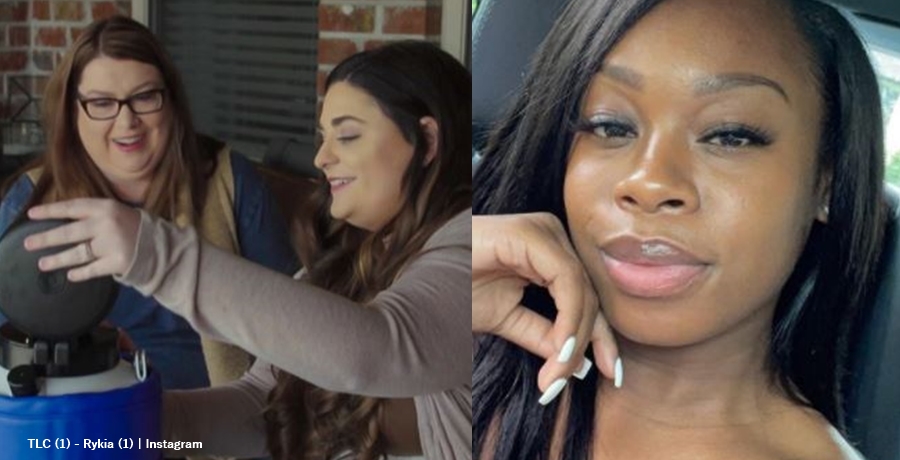 sMothered star Rykia Lewis and her mom Karla shocked fans when TLC released a teaser ahead of the premiere on May 31. It seemed a bit extreme that they enjoy giving each other Brazilian waxes. Meanwhile, fans saw that the duo Lisa Kimball and her daughter Lauren Kimball Reese often share a bed. Actually, Lauren has a wife named Laura but still stays over at her mom’s place quite often. Lauren and Laura hope for a baby, and it’s Lauren that Lisa tried inseminating at home. Might Rykia become a surrogate for the gay couple?

When the new season of the TLC show premiered, Karla’s daughter let it out that she actually became a surrogate mom. Well, people probably feel okay about that. After all, it sounds more normal than her relationship with her mom. In fact, they saw that Karla and her adult daughter love nothing better than giving each other Brazilians. In the teaser, that was the couple with a face blurred out while someone hovered over her bare rear end. We reported that when Karla briskly pulled a wax strip off of her daughter’s rear end, she yelped and her mom said, “You’re smooth like a baby again.”

While sMothered star Rykia Lewis and her mom fidgeting around each other’s rear ends sound extreme, fans also met Lisa, Lauren, and Laura. Lisa decided that she wanted in on her daughter getting pregnant. So, she inseminated her at home. Not worried about the very intimate process, Lauren said that she feels special when her mom cares so much. After all, she and Laura tried making a baby for a couple of years without success. The only problem: Laura doesn’t know about the secret machinations.

Might Lauren and Laura try and use another cast member for their baby?

Starcasm put two and two together and came up with a possible theory. As sMothered star Rykia Lewis already carried a child for someone, why not for Lauren and Laura? Clearly, after two years of trying, the gay couple faces some problems with getting pregnant. On her Instagram, Rykia shared about being pregnant and she revealed her post-birth body. On Instagram, she said that carrying a child for another person seemed extremely “rewarding.”

Perhaps sMothered star Rykia Lewis steps up and rewards someone else, this time, her own castmates? Now, that could bring a totally different twist to the show on TLC. Naturally, the outlet notes that’s just speculation, but TLC fans can hope for it anyway.

What are your thoughts? Do you think that might happen? Sound off in the comments below.

Remember to check back with us often for more news and spoilers about sMothered star Rykia Lewis.

‘The Bold And The Beautiful’ Spoilers, June 11-14: Liam Begs For Help
‘Extreme Sisters:’ Why Do Patrix & Patrica Want To Move To Orlando?
Kody Brown & Wives DRAGGED For Recent Treatment Of Meri
Lifetime’s ‘Left For Dead’ Continues Summer Of Secrets Series
‘Days Of Our Lives’ Two Week Ahead Spoilers: Xander Goes Too Far With Dr. Synder – Sets Up Another Salem WhoDunnit